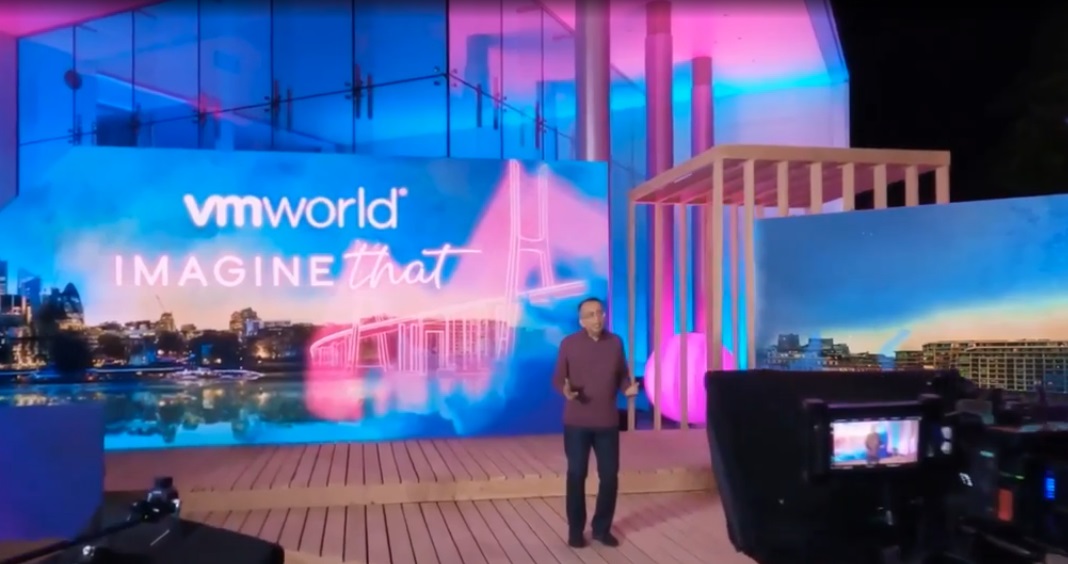 As 2003 drew to a close, EMC Corp. announced that it would buy VMware Inc. for $635 million. Earlier this month, Dell Technologies Inc., which bought EMC in 2016, sold its 81% stake in VMware, which had since grown in market capitalization to over $63 billion. Even by Silicon Valley’s lofty success standards, that represents sizable appreciation in value.

VMware’s ascent to corporate success came through a steady progression of investments and partnerships for the datacenter, cloud and edge. The company’s presentations and releases during last month’s VMworld event offered a look at several key developments that will play out over the coming year.

Here are five insights you might have missed from theCUBE’s extensive VMworld coverage. (* Disclosure below.)

1. Project Monterey is still a work in process, but heterogeneous computing appears to be a primary goal

VMware announced Project Monterey, its management plane for distributed compute acceleration, with great fanfare during VMworld last year. The company has made a few brief announcements about the project since, including the launch of an early access program for interested companies. Interviews with two of VMware’s top executives during this year’s VMworld shed more light on where the initiative is headed.

Project Monterey uses data processing units to provide a consistent platform across multiple hardware accelerators. The potential impact is in the ability to offload network or storage services from the central processing unit, thus freeing up compute resources.

Raghu Raghuram, VMware’s chief executive officer, discussed Project Monterey’s ability to offload functions in a software-defined datacenter onto SmartNIC processors during a conversation with theCUBE. This makes the technology heterogeneous because the hypervisor can be built into the SmartNIC, enabling the use of multiple CPUs – such as Arm, AMD or Intel – according to Raghuram.

In addition, VMware views Project Monterey as a key element in the firm’s application management and cloud strategy, as described by Sumit Dhawan, president of VMware, during a conversation with theCUBE.

“As customers build new applications, when they want to run emerging services that are highly compute or network centric or provide a rich amount of data, this is where Project Monterey comes in,” Dhawan explained. “It enables our customers to take all of the traditional applications onto VMware Cloud and run them across any cloud.”

2. VMware’s migration to a SaaS platform remains a top priority

It is no secret that VMware is shifting toward becoming a software-as-a-service company. What is the roadmap for getting there?

In late March, VMware took a major step on the journey to SaaS with the launch of VMware Cloud Universal. The new service offers a flexible subscription model to simplify purchase and consumption of the company’s management services and multicloud infrastructure across edge, datacenter or public cloud.

The firm has also focused on SaaS through recent changes in top management. Raghuram, who took the helm of VMware in June, following the departure of Pat Gelsinger, has declared that SaaS is of major interest to him. In addition, the company recently promoted Kit Colbert to become chief technology officer and expanded the CTO’s charter to include a platform for building all of VMware’s SaaS services.

“What we’ve seen is that a lot of our individual teams have gone out and built really great cloud services, but what we really want to build to accelerate that is a true SaaS platform, leveraging all of these great capabilities that we have to help our teams go faster,” Colbert said, during an interview with theCUBE. “The SaaS platform is so important to us.”

A Salt Security Int. report on the state of API security noted that 94% of respondents experienced an API-related incident over the past year, and a new report conducted by Cloudentity Inc. has disclosed that 44% of respondents experienced substantial authorization issues around APIs. Attacks targeting APIs are growing, as demonstrated by a number of high-profile compromises, including the massive data breach at Facebook that impacted over 50 million accounts.

APIs by nature are an attractive target for hackers because they drive interaction between systems. Mobile apps frequently communicate with back-end data platforms, facilitating access to critical data and high-profile networks.

“We are seeing a whole new set of attacks that are using legitimate APIs,” said Tom Gillis, senior vice president and general manager of the Networking and Advanced Security Business Group at VMware, in an interview with theCUBE. “They are not APIs that are broken or malformed, but the attackers are finding ways to extract data from an API that they shouldn’t have. These are the kinds of problems that we can solve for our customers with these built-in Tanzu Service Mesh and API security controls.”

4. Silicon Valley’s model for agile software development is finding a home in the nation’s military

The U.S. Army Futures Command is collaborating with VMware to build a software factory in Austin. The project will leverage Tanzu, VMware’s suite of products to manage Kubernetes clusters across public and private clouds, in the development of new software tools for use by the military command.

The Army’s goal is to embrace DevOps and increase the pace for new software development, according to Ajay Patel, general manager for Modern Applications & Management Business at VMware, who was interviewed by theCUBE. The Army is not the only U.S. military branch to leverage the VMware facilitated Government Software Factory model. The U.S. Space Force is also using Tanzu to modernize its software development process.

The new software factory demonstrates a willingness on the part of the nation’s military brass to move from a laborious and time-consuming procurement model for tech into one that more closely resembles the “move fast” ethos of Silicon Valley firms.

“Army personnel are actually becoming true cloud native developers, where you’re putting the soldiers in to do cloud native development,” Patel said. “It’s traditionally been a procurement-driven model, and we’re trying to speed that and drive it to a more agile delivery factory concept.”

5. In a post-pandemic IT world, consumerization of the platform is king

It started with an app-driven platform for smartphone users. Want a ride? Hit a button. Order a meal? Tap into an app.

The pandemic, when the world suddenly moved en masse to living through the mobile platform, only hastened a trend that had been growing for some time. In a similar fashion, the IT industry has shifted to creating a consumerized experience, driven in large part by use of multiple clouds and a growing need for data processing at the edge.

VMware has chronicled this trend and is taking steps to support it through additions to its Cross-Cloud Services portfolio, originally launched in 2016 as a way for enterprises compute consumption costs and monitor security for workloads in multiple clouds.

In October, the company enhanced Cross-Cloud Services through the addition of VMware Edge as a technology stack for managing and securing edge workloads in IT multicloud operations. VMware is focused on providing functionality and services, regardless of where customers choose to put workloads.

“I can’t think of a partner who I have met with in the last 12 months alone who has not gone through dramatic change,” said Sandy Hogan, senior vice president of the Worldwide Partner and Commercial Organization at VMware, in a conversation with theCUBE. “Everything about this new world is about moving to an influence, deploy and consume model, which is pretty significant. Everybody is trying to figure out how to become more relevant and help customers through this multicloud, digital transformation.”

Companies such as VMware have been at the forefront of many technology shifts over the past 15 years, and the consumerization of IT and company’s role in it will be worth watching in the months ahead.