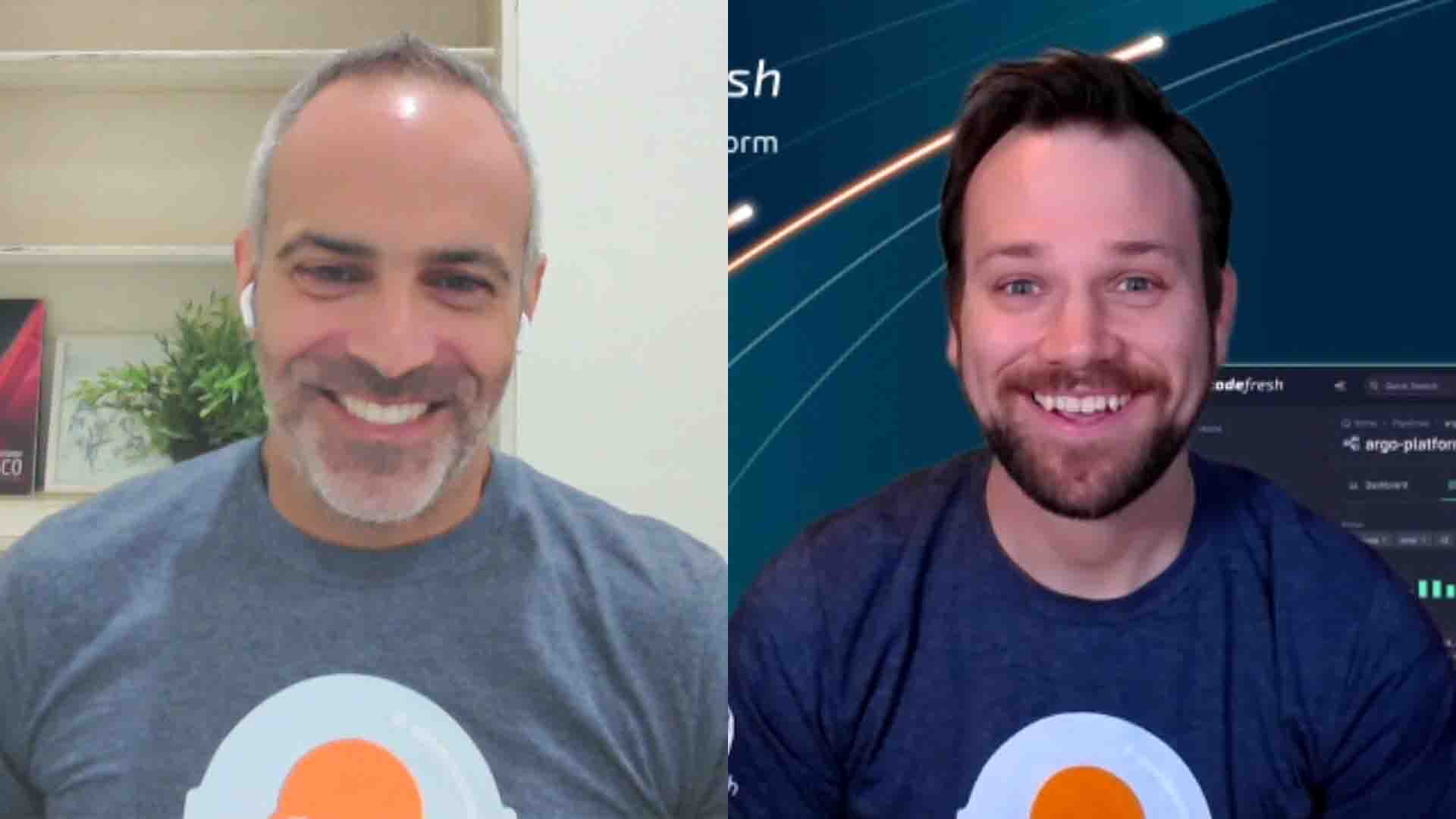 In a world where software disrupts nearly every aspect of life, enterprises are being prompted to roll up their sleeves to make fast and frequent software delivery updates.

“I think Argo has been a very fast-growing open-source project for multiple reasons: It’s cloud native,” Tabib explained. “Argo has been built from the ground up to the latest practices of how we deploy software. We deploy software now differently using a GitOps practice and canary blue-green progressive deployment.”

Codefresh is ready to take off

Set to launch Feb. 1, the Codefresh Software Delivery Platform offers the best of GitOps and Argo in a single secure, scalable, and cohesive platform, according to Garfield.

“On Feb. 1, we’re going to be launching the Codefresh Software Delivery Platform … you’re going to be able to see it in action, understand its value, and see how it works with GitOps,” he explained.

Codefresh enables the integration of Argo’s components into a single source of truth, enhancing security, speed and scalability, according to Tabib.

“Argo is fragmented into four projects — Advance, Workflows, CD and Rollouts,” he explained. “There is a need to bring them all together into a solid platform. We’re so excited about this platform, first to get all of these four projects in one runtime and one control plane, enabling the community to run it across multiple clusters.”

By consolidating Argo tools, Garfield believes that Codefresh enables a single view of everything going on. “By bringing all of these things together, we’re able to look at all of the commits, deployments and Jira issues … we really want that visibility to be super clear,” he said.

Under one unified platform, components are architecturally designed to adopt the ease of a software-as-a-service solution and the security of an on-premises solution, according to Garfield.

“Only the information that is needed is ever passed out … so I can have a cluster that is remotely managed, that checks out code, that the control plane never has access to,” Garfield pointed out. “So this hybrid model has been really popular with our customers in healthcare, defense and financial services — all these regulated industries.”

GitOps is the new norm

Born out of the notion that DevOps is a process, not a role, Tabib trusts that Argo renders unification and extendibility because its open-source nature enables an enterprise to contour its needs through automation.

As an agnostic and unified hub for deploying software, Codefresh intends to make things easier for developers so that software can be super reliable, according to Garfield.

“So when you deploy Codefresh, you’re deploying technology that’s built directly on Argo,” he said. “We all want to deliver software faster, have fewer regressions, have fewer breaking changes, and be comfortable with what we’re doing.”

Codefresh gives back to the open-source community by making available the robust tools used on its platform.

“I think if you look in the last quarter, we probably have upwards of 40 or 50 different issues that we’ve solved in terms of fixing a bug or adding features or things like that … so we’re contributing those things back,” Garfield said.

With GitOps being an operational framework that enables CD implementation for cloud-native applications, Garfield believes it boosts security and scalability, enabling end-to-end traceability.

“If we look at most of the downtime that’s occurred over the last two years, it’s because people have flubbed a key when they were typing in a command or something like that,” Garfield explained. “The way that this system works is that we provide an interface, both the CLI and the GUI, where those operations interactions actually end with a Git commit … most of the operations are actually done first in Git.”

Argo has been instrumental in unlocking GitOps, which enables the monitoring of production run times by ensuring that the declared desired state matches the actual state, according to Garfield. “With Kubernetes, we really unlocked an API that allowed us to start doing GitOps, and this is why we bring in Argo and you see the rise of ArgoCD and other workflows,” he noted.

GitOps is not a fad, because it is the new way of doing things, according to Tabib. “I think that GitOps is a continuation of a trend that everything is a source code,” he said.

Here’s the complete video interview, part of SiliconANGLE’s and theCUBE’s coverage of the AWS Startup Showcase: Open Cloud Innovations event. (* Disclosure: Codefresh sponsored this segment of theCUBE. Neither Codefresh nor other sponsors have editorial control over content on theCUBE or SiliconANGLE.)