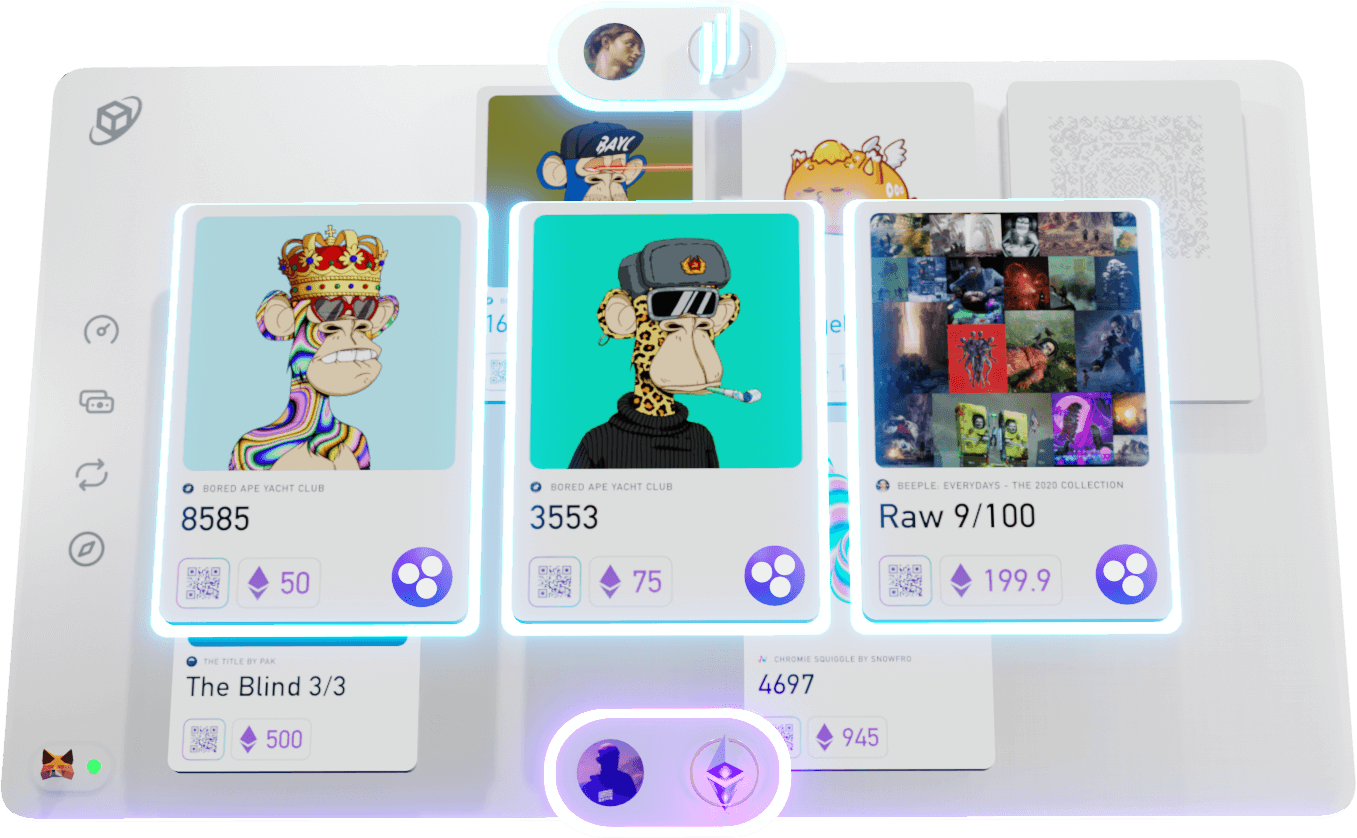 Arcade, a platform that allows the owners of nonfungible tokens to use them as collateral for loans, today announced the public launch of its lending platform.

The platform is a peer-to-peer marketplace that connects NFT owners interested in receiving loans with lenders, which can underwrite fixed-rate term loans collateralized by borrowers’ NFTs on the Ethereum blockchain.

“Our team has been working nonstop to ensure Arcade is the most intuitive and useful platform of its kind,” said Gabe Frank, chief executive of Arcade. “Arcade is a multiproduct NFT platform and decentralized finance primitive that allows users to turn idle NFT assets into usable liquidity.”

NFTs are a type of blockchain-based token that represents the unique ownership of a digital item, such as a piece of digital artwork, game item, music or document. For example, an NFT can represent a digital trading card that can be traded to another person, and the implied ownership passes with the token, even if the image of the trading card can be copied. 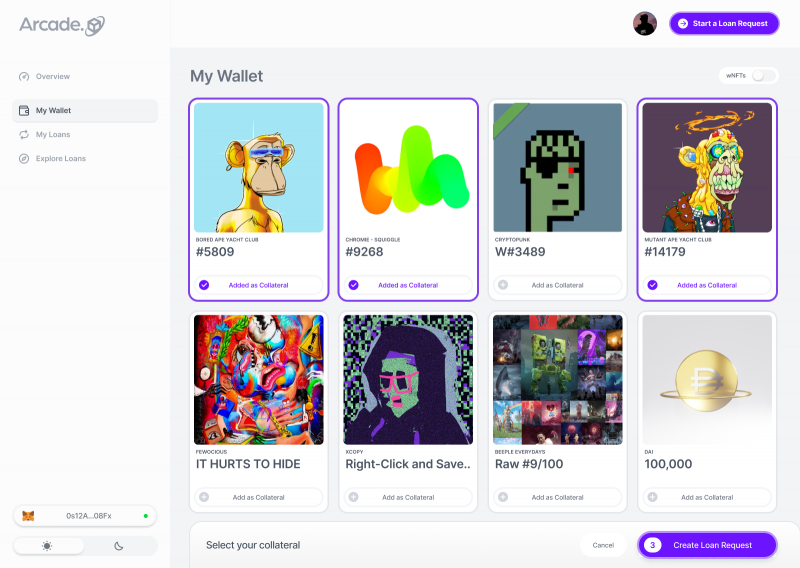 In 2021 some NFTs gained extreme prominence, for example, artwork from the CryptoPunks collection sold for $7.6 million in March and a bundle of 101 Bored Ape Yacht Club NFTs sold for $24.4 million in September. One of the most famous sales during last year was digital artist Beeple’s “Everydays: The First 5000 Days,” which sold for $69 million in March at auction.

The public launch comes a little over a month after the platform raised $15 million in Series A funding. At the time, the platform was in a private release with a small number of clients.

During the private beta, the platform’s protocol has held more than $15 million in “blue-chip” NFTs locked in escrow and approximately $6 million of loan volume.

The platform is also launching by coordinating the largest on-chain NFT-backed loan to date: a $1.25 million art loan funded by Genesis. The loan was for Chris Ciobanica, a cryptocurrency investor and art collector better known as Silver Surfer, who is such a prolific buyer of NFTs that he has reportedly amassed $10 million in digital artwork.

Arcade is built on what is called the Pawn Protocol, what the company calls an infrastructure for NFT liquidity. It is designed to facilitate trustless off-chain order matching using digital signatures to validate terms between lenders and borrowers. Loans themselves are settled on the blockchain and held in a decentralized escrow so that they use Ethereum’s cryptographic security.

Frank told SiliconANGLE in an interview that his background before crypto was in pawn lending, which is what inspired him to found the company and build the protocol.

“My family had a business of storefronts in Texas,” Frank said. “My grandfather started in 1947 and we lent against a lot of nonfungible physical assets: diamonds, musical instruments, electronics, paintings, purses, anything that didn’t eat. I tied that model back to NFTs and, as this was a new asset class, then a credit market should form.”

Given that there were billions of assets already in the NFT market, just like traditional art, Frank believed that it would be collateralized at some point. As a result, he came up with the Pawn Protocol using the same pawn model where the asset goes into escrow and credit is lent against it. If the loan doesn’t get paid back, the lender gets to keep the asset.

By the end of 2021, the NFT market rose to $41 billion according to a new metric from blockchain data firm Chainalysis. The market skyrocketed last year given data from DappRadar showing the NFT market for 2020 at only $100 million. By comparison, the Art Basel and UBS Global Art Market report estimated that 2021 conventional art and antique sales reached $50 billion.