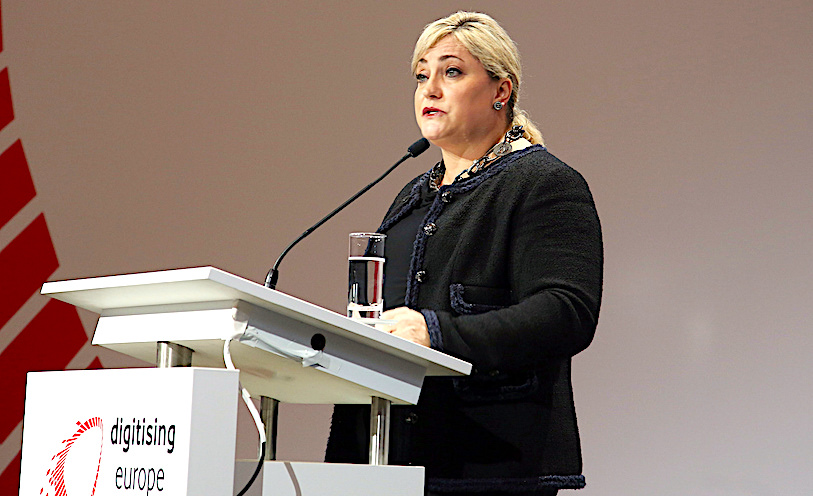 Ampere, which is led by the former Intel Corp. President Renee James, has confidentially filed for an IPO, meaning that it is proceeding with the listing process without making significant disclosures about its financial performance and business operations. It’s an unusual step that sometimes happens in cases where the companies that file prospectuses ultimately never go public, or end up getting acquired first.

Privately held Ampere previously raised $300 million in a round of funding last year, and tellingly the sole backer of that round was Oracle, which has adopted Ampere’s Arm-based Altra central processing units to try to become more competitive in the cloud computing business. In total, Oracle has backed Ampere to the tune of $400 million, according to the SEC filings.

Oracle in its most recent quarterly earnings report implied it owns a stake in Ampere of around 20% to 50%. James has sat on Oracle’s board of directors for many years, but following Oracle’s investment in the company, she was no longer treated as an independent director.

Last October, Bloomberg reported that SoftBank Group Corp. was in talks with Oracle over taking a stake in Ampere. The discussions suggested an $8 billion valuation for Ampere, but no deal emerged.

If Ampere goes ahead with its IPO, the funding would enable it to step up its efforts to take on Intel and Advanced Micro Devices Inc. in the computer server chip market. Ampere’s server chips are based on an Arm Ltd. architecture that some say is more powerful and cost-effective than the x86-based chips sold by Intel and AMD.

Analysts said they were encouraged to see the report. Charles King of Pund-IT Inc. told SiliconANGLE he thinks Ampere is a company to watch because it has a deeply experienced leadership team with James, who previously served as the first female general manager of a business unit at Intel, and was also the first female executive vice president to lead that company’s research and development and global manufacturing operations.

King said Ampere is an agnostic Arm-based processor developer that offers customers an alternative path to developing their own data center processors, as Amazon Web Services Inc. did with its Graviton-based virtual machines.

“Oracle’s interest and investments, and Microsoft Azure’s adoption of its solutions suggests that Ampere is more than ready for its next evolutionary phase,” King added. “A successful IPO should provide the company the funding its needs for that process and other expansions.”

Moor Insights & Strategy analyst Patrick Moorhead said Ampere is notable for achieving success with its Arm-based data center chips, when rivals such as Qualcomm Inc., Marvell Technologies Inc., Samsung Electronics Inc. and AMD have all exited the Arm server chip market. “Ampere can use this IPO investment to expand its roadmap offerings, platformization, and sales and marketing resources,” he said.

Holger Mueller of Constellation Research Inc. said Ampere is helping to make competition in the data center chip space more interesting. “We’re seeing a race to design new computing platforms for large data centers with greater workload diversity than ever before, and it’s all thanks to the growth of the cloud,” he said.

At present, Ampere’s Arm-based Altra CPUs account for less than one percent of the server market. Its chips are used to power virtual machines available in Oracle’s cloud. Microsoft Azure also recently announced a new set of Arm-based VMs powered by Ampere’s chips, which are currently available in preview.