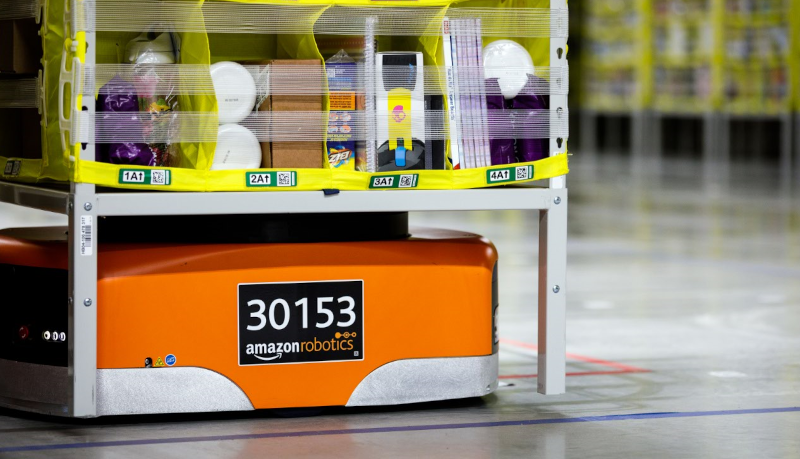 The investments will be made through a new fund known as the Amazon Industrial Innovation Fund. Amazon said that it plans to back a variety of companies ranging from early-stage startups to more established firms. The value of the investments that the online retail and technology giant will make is set to vary from company to company.

The Amazon Industrial Innovation Fund has several focus areas. The fund will back companies with technologies that can help improve worker safety throughout an organization’s supply chain. Additionally, Amazon will invest in startups with products that make supply chains more efficient, for example by speeding up package delivery times.

The new fund’s investments are set to span both the logistics and warehousing industries.

“These industries are inherently complex,” said Alex Ceballos Encarnacion, vice president of worldwide corporate development at Amazon. “With our scale, Amazon is committed to investing in companies that will ignite innovation in emerging technologies that can help improve employee experiences and safety while seamlessly coexisting with workforces across the supply chain, logistics and other industries.”

Alongside the launch of the new $1 billion fund, Amazon announced its first batch of investments. The company has backed five startups focused on technologies ranging from wearables to warehouse automation hardware.

Modjoul Inc., one of the startups backed by the Amazon Industrial Innovation Fund, has developed a wearable device that helps warehouse workers avoid injury. The startup stated in 2019 that about 40 Fortune 500 companies have deployed its devices. Using the funding from Amazon, Modjoul will expand its feature set to help companies find new ways of improving worker safety at their facilities.

Amazon is also backing Vimaan Robotics Inc., a startup that launched from stealth mode earlier this year with $25 million in venture funding. The  startup offers a hardware module that uses artificial intelligence to automatically track what and how much merchandise is stored in a warehouse. Vimaan says its technology can help companies more accurately monitor their inventory levels.

Agility Robotics Inc. is an Oregon-based startup with a bipedal robot called Digit that’s designed to operate alongside humans. The robot can carry merchandise from one part of a warehouse to another and perform related tasks. Agility Robotics is also among the first startups backed by Amazon Industrial Innovation Fund.

Another robotics startup that has received funding from Amazon is BionicHIVE Ltd., which is taking a different approach to warehouse automation. BionicHIVE’s robots can attach to a warehouse shelf, travel vertically to pick up a specific item and then return it to the ground. From there, they can ferry the item to a different part of a company’s facility.

The fifth and final startup that Amazon listed today among its $1 billion fund’s initial investments, Mantis Robotics Inc., launched in 2020. It’s currently developing a robotic arm designed to operate alongside humans in facilities such as warehouses.

An investment from Amazon, which operates one of the world’s most sophisticated logistics networks, can represent a valuable vote of confidence for a supply chain startup. It can potentially also lead to sales opportunities in Amazon’s business ecosystem. Amazon backed multiple funding rounds for automaker Rivian Automotive Inc. over the last few years and, in 2019, inked a deal to buy 100,000 custom electric delivery vans from the company.

Amazon earlier launched a $2 billion fund to back companies developing sustainable technologies and services. The fund makes investments in areas such as energy generation and storage, transportation, manufacturing and agriculture.