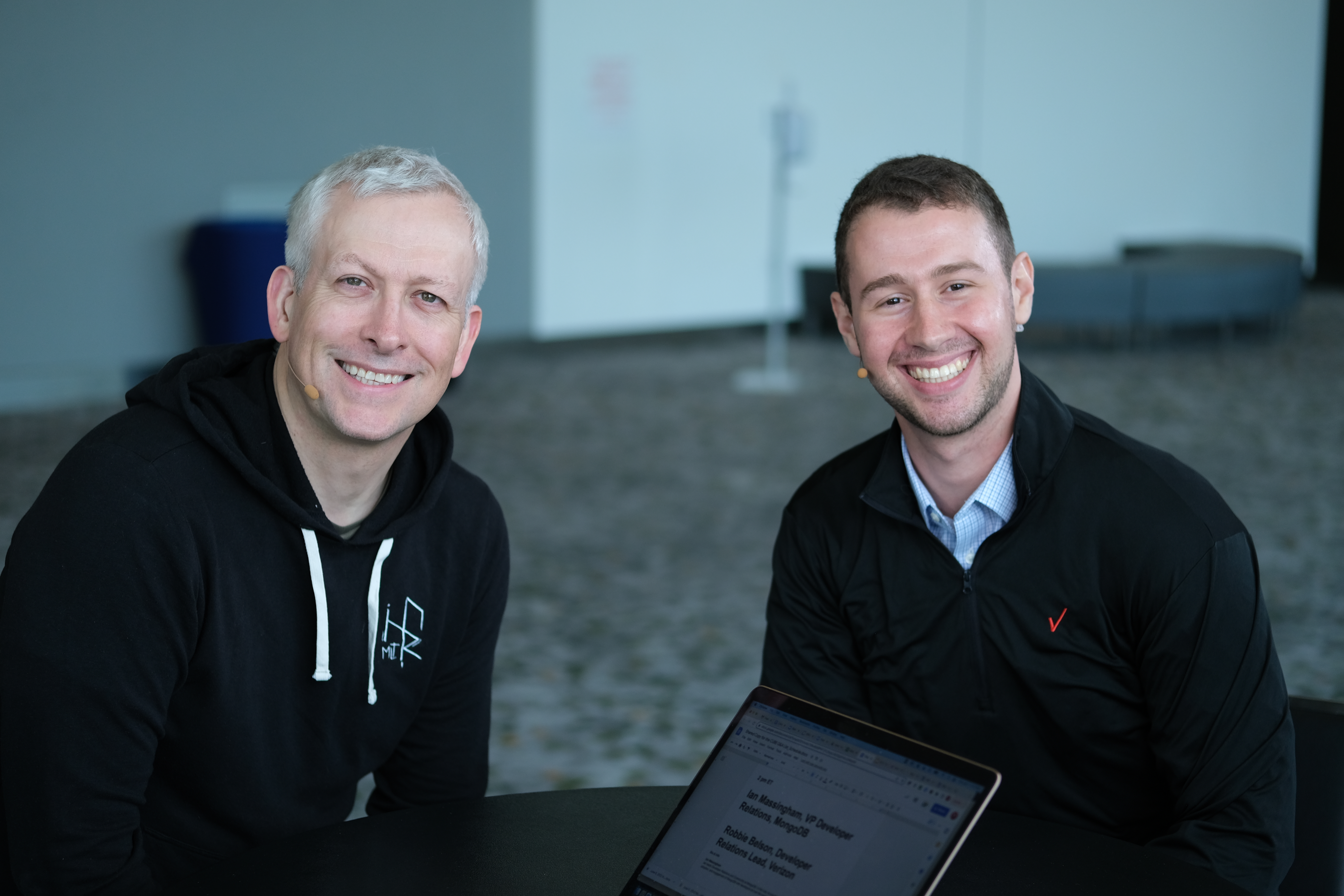 Open-source modern database platform provider MongoDB Inc. and communication technology company Verizon Communications Inc. might not seem to have a lot in common. But the companies have formed a strong innovation partnership, thanks to a shared focus on making complex tasks simple.

“As MongoDB developed over the years, the mantra really became, ‘We want to make software development easy,’ and that really stuck with me because from a network perspective, we want to make networking easy,” said Robbie Belson (pictured, right), principal engineer, corporate strategy at Verizon.

Belson and Ian Massingham (pictured, left), vice president of developer relations at MongoDB, spoke with theCUBE industry analyst Dave Vellante at MongoDB World, during an exclusive broadcast on theCUBE, SiliconANGLE Media’s livestreaming studio. They discussed how Verizon and MongoDB are co-innovating with the goal of making edge easy for developers. (* Disclosure below.)

“We knew from the start that developers would play a central role in not only consuming the service but shaping the roadmap for what it means to build a 5G future,” Belson stated. “What often starts as an organic developer-led intuition or hypothesis can really expand to a much broader go-to-market motion that really brings in the enterprise.”

But developers don’t care, and sometimes don’t understand, about the complex internal workings of 5G. So, Verizon has partnered with MongoDB to abstract away the intricacy and make developing for mobile edge easier.

Calling it “the cloud continuum,” Belson described how Verizon tested ever-deeper abstraction levels to take away the complexity of the network and provided idiomatic interfaces to interact with their APIs in order to meet developers “where they are.”

“Think the edge discovery but not in a silo, within [MongoDB] Atlas functions,” he said. “The way that we’re able to converge portfolios using tools that dev developers already use know and love just makes it that much easier.”

This cloud continuum is another way to describe what Vellante refers to as supercloud. The concept is a technical reality from a developer standpoint, according to MongoDB’s Massingham.

“We support that with the MongoDB multicloud deployment model,” he stated. “You can place MongoDB Atlas nodes in any one of the three hyperscalers … and you can distribute your data across nodes within a cluster that is spread across different cloud providers.”

The abstraction layer comes from drivers and other intermediary software components that MongoDB provides to make developers more productive in manipulating data, according to Massingham.

“So that model [of supercloud] that you’ve described in hypothesis exists in reality, using those different components,” he said.

Here’s the complete video interview, part of SiliconANGLE’s and theCUBE’s coverage of the MongoDB World event:

(* Disclosure: TheCUBE is a paid media partner for the MongoDB World NYC event. Neither MongoDB Inc., the sponsor for theCUBE’s event coverage, nor other sponsors have editorial control over content on theCUBE or SiliconANGLE.)