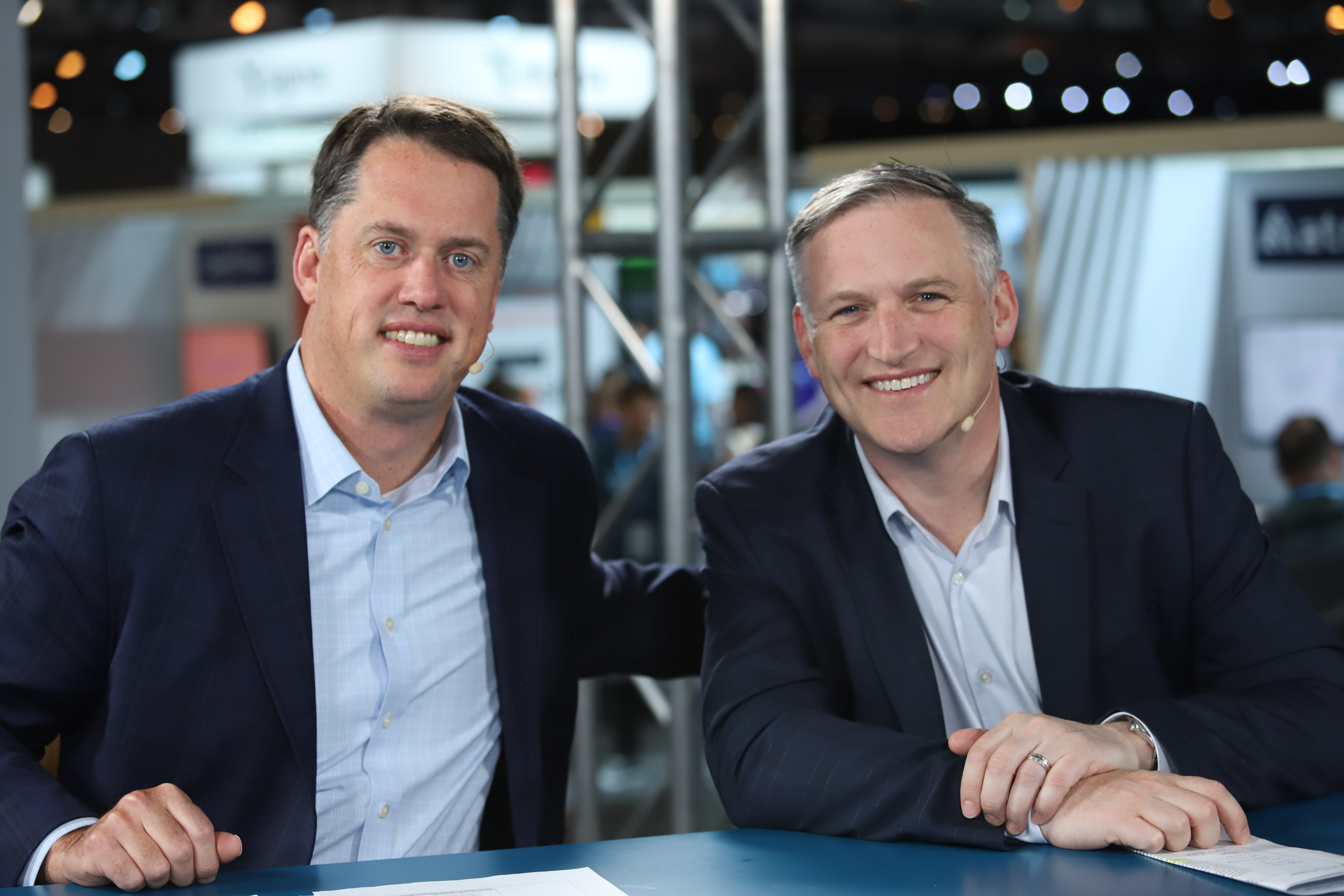 Snowflake and AWS partner for single source of truth

Customer centricity is at the center of the flywheel in today’s enterprise world, based on various reasons, including gaining a competitive edge.

By working backward to meet customers’ needs, tastes and preferences, Snowflake Inc. and Amazon Web Services Inc. have been able to form a strategic, technical, and go-to-market partnership, according to Chris Grusz (pictured, right), director of business development for AWS Marketplace, Service Catalog and Control Tower at AWS.

“It’s such a good relationship, because both companies work backward from customers … it’s in our DNA,” Grusz stated. “If you look at Snowflake, they’ve built over 20 integrations to different AWS services. So if you’re using S3 for object storage, you can use Snowflake on top of that.”

Snowflake as a single source of truth

The Snowflake-AWS partnership is enabling companies of all types to thrive, according to Degnan. One example is online food ordering company DoorDash Inc., which had a massive growth period, especially during the pandemic.

“They were able to take advantage of our hyper-elastic platforms, both on the Amazon and the Snowflake sides, to scale their business and meet the high demand that they were seeing,” Degman said.

And by enabling data-sharing capabilities, Degnan believes the retail space is being revolutionized.

“We’re using data sharing to help the retail space,” he said. “I think it’s a really good partnership, because some companies view Amazon as a competitor in the retail space. I think we kind of soften that blow as we actually leverage some of the amazon.com data sets.”

Another use case was seen with Western Union, which provides cross-border global payments. As the company’s data continued to become increasingly spread out, its growth slowed.

“They were able to take all those disparate systems and pull that into Snowflake … they finally had a single source of the truth, which was lacking before,” Grusz pointed out. “So one of the decisions that Western Union made a long time ago was to use R for their data science platform, and Amazon SageMaker supports R.”

Heightened customer experience is critical for both AWS and Snowflake, Grusz added.

Here’s the complete video interview, part of SiliconANGLE’s and theCUBE’s coverage of the Snowflake Summit event:

(* Disclosure: TheCUBE is a paid media partner for the Snowflake Summit event. Neither Snowflake, the sponsor for theCUBE’s event coverage, nor other sponsors have editorial control over content on theCUBE or SiliconANGLE.)