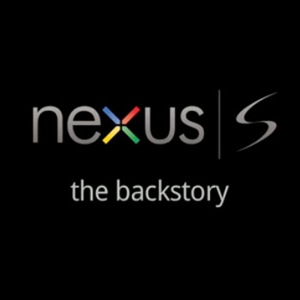 Google just announced the first device to ship with their newest Android OS: the Nexus S. It will ship with the Android 2.3 platform, dubbed Gingerbread, alongside this launch, Google has announced the SDK which will allow developers to produce bigger-and-badder apps for this new OS version.

In a post on the Google blog, the search giant goes into the thinking behind the development of the new operating system and their open design paradigm,

Nexus S is the lead device for the Gingerbread/Android 2.3 release; it’s the first Android device to ship with the new version of the Android platform. We co-developed this product with Samsung—ensuring tight integration of hardware and software to highlight the latest advancements of the Android platform. As part of the Nexus brand, Nexus S delivers what we call a “pure Google” experience: unlocked, unfiltered access to the best Google mobile services and the latest and greatest Android releases and updates.

It’s awesome to see Gingerbread coming out of the gate with the Nexus S—especially after the Web 2.0 Summit when we were asked to wait.

The smartphone sports a large 4” Contour Display, a 1GHz Hummingbird processor, front and rear cameras, and 16GB of internal memory. The device will also deploy NFC (near field communication) which will enable the device to read information from NFC tags. “NFC is a fast, versatile short-range wireless technology that can be embedded in all kinds of everyday objects like movie posters, stickers and t-shirts.” We’ve heard that Google intended to roll this one out, so it’s good to see that promise coming to fruition—the practical implications and variety of uses are staggering (more so than just listed in the quote.)

They’re also boasting that Gingerbread is the fastest Android OS ever released.

Now that it’s in the wild, we’ll be able to see how well it holds up against its earlier versions and where it stands against competitors.