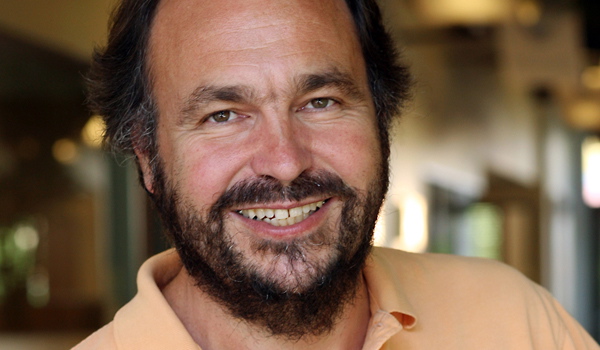 Maritz at the GigaOm Structure 2011 event.  Below are the notes and commentary from Paul Maritz interview summarized in pre-tweet form.

SiliconANGLE.tv will be covering VMworld this summer in Vegas so anytime Paul Maritz speaks we listen.  As a side note he gave a very strong speech at EMCWorld last month in Vegas.

o    More profound is we are in post document era, people digest streams of info, coming in chunks, how to comment on them, recombine them and filter them back out again?

o    No desktop like analogy that we can appeal to yet

o    Everything in the end has to be translated back to hardware, nothing can be completely virtual

o    2 cloud journeys 1) personal cloud – recently underlined by iCloud, increasingly info centric over device centric, info needs to be stored outside of device, stored in ways independent of any one app scheme, must assume apps and devices will come and go

o    Where will this info be stored, who will own monetization rights over this info

o    Application transformation that has to happen is profound

o    Cloud is more about how than where…from infrastructure standpoint it is about automation to enable cloud, not where it runs

o    Asked guys how many system admins per server google used, came back to 1 to 1000

o    VMware ratio was 1:20 or 1:50…have to get to point where enterprises, regardless of where they are consuming IT, have to do it at similar level of efficiency to free up operations spend

o    This is tough to do across legacy and Greenfield apps

o    New sets of apps have departed from previous ways

§  Developers don’t want to deal with wiring infrastructure together, they don’t want to have to think about how to make app scale

o    Assumed developer world would come up with cloaking layer for the cloud “linux for the cloud”, creates better chance to migrate applications from one cloud to another…rather than wait for this to happen, VMware went out and did it

o    This is big and complex software, not for the faint of heart

What to expect during the 'Cybersecurity - Detect and Protect Against Threats' event: Join theCUBE on Sept. 7
Three insights you might have missed from the Supercloud 22 event
Why data fragmentation is the No. 1 concern for today's cloud-focused enterprises
Supercloud simplifies cloud architecture while leveling up automation
Supercloud expansion: Cloud influencer Sarbjeet Johal assesses market impact