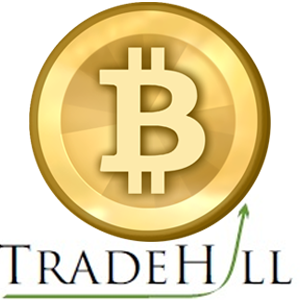 Everyone involved in the Bitcoin market wants it to become something more than it currently is—something of an obscure cryptocurrency that’s popular mostly among geeks, although it’s recently gotten some notice in more mainstream arenas such as National Public Radio. As a result, exchanges and Internet trading houses have become the central metric for following the market and bringing it mainstream. Tradehill, for the most part, has done a solid job of trading in bitcoins and has now announced the beta release of its very own e-wallet: Bitcoin.com.

The advent of Bitcoin.com as an e-wallet comes on the cusp of the most recent huge disaster involving Mybitcoin.com—also an e-wallet service—that went dark (taking thousands of bitcoins with it) and then reappeared with a statement from Tom Williams that the site had been hacked. Meanwhile, the Bitcoin community has continued to attempt to actually identify the owners of MyBitcoin.com to understand the event and what this means for the market.

Tradehill wants to bring reliability and resilience back to the Bitcoin market by showing that they intend to approach the engineering of their product from the standpoint that people have been hacked in the past, they’ve lost a lot of money, and as a result it’s hard to trust even the exchanges. The exchange MtGox learned their own lesson in this respect and, after promising to retrofit with an eye on security, have also involved themselves in market philanthropy in the wake of the crash that wiped out Bitomat.pl.

“We know that Bitcoin.com is a big opportunity, and we’re not taking it lightly,” writes Tradehill about the new website and it’s impending closed beta. “We really want to get this right. As such we’re very keen on not repeating the mistakes of other wallet services and exchanges. In the past two months we’ve heavily invested into security, talent and infrastructure to make sure we stay the one major Bitcoin site without any security incidents.”

Tradehill states that the exchange hired a team of engineers set with the paradigm of providing the most secure underlying foundation before adding outward-facing services. The exchange has greatly upgraded their tech infrastructure and now runs on multiple clusters across data centers situated in different countries—in this fashion, Tradehill cannot suffer the same type of loss that took down Bitomat.pl.

And, to go further, Tradehill makes it clear no chances with the data are being taken: “We, of course, religiously back up all data to an additional set of independent data centers.”

Also in recent news, Tradehill has added Dwolla back to their funding options—the peer to peer payment platform and Tradehill had a bit of a dustup over some reversed payments a month ago and the exchange has been wary of them for a while now. Perhaps the volatility between the two has calmed down some.