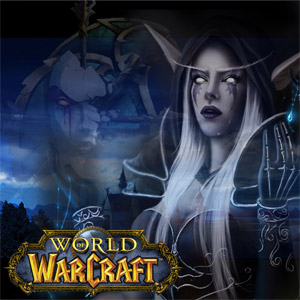 Occupy World of Warcraft: The Allure of Virtual Gold

With the Occupy Wall Street protests reaching the hearts and minds of millions and raising the specter of the difference between the haves and the have-nots, the economy of many nation-states come into question. Much of the wealth of the world is held by few—video games generate microcosom economies and sometimes even reflect real-world problems within themselves. Often with little or no politics involved.

Spurred or inspired by the OWS protests The Golden Crusade, a Blizzard-Activision World of Warcraft economy enthusiast, decided to run an informal survey of players in the game about the distribution of their virtual wealth. The revelations aren’t much of a surprise and it only contained 2,531 opt-in voluntary participants (greatly increasing error) but it still opens some eyes about the strange distribution of gold in the game.

From the survey, it was revealed that the bottom 75 percent hold 14 percent of all in-game wealth.

Economically, World of Warcraft gold is used to bid for goods and services in game and to buy skills and items from vendors. Some of the gold-out delivered by the game itself for particular skills are really gold sinks (designed to remove gold from the game) such as the 5,000 gold required to get Master flying near the level cap. That represents more than 5 percent of the total wealth of more than 72 percent of the population according to the survey.

Gold also functions as a primary barter currency between players who use the auction house to make gold and deliver goods into the economy market. However, items on auction rarely match up with items earned from playing the game socially with friends—i.e. the coordinated group effort of raiding. Items dropped during raids cannot be traded or sold to other players and must be earned through the sweat of brow and furious fingers on the keyboard.

Results: Hoarding gold and years of play may correlate aesthetically

The primary results of the survey suggest that there’s a lot of wealth to go around, but it’s interesting to see that the average time people have been playing this game has been 4.4 years. This shows that games like World of Warcraft have a lot of staying power for people who accumulate wealth in the game; this also means that the in-game gold currency has a much more meaningful value to them.

We’ve seen Blizzard toying with other forms of revenue that tap into this gold market in their own games with the production of the Winged Guardian Cub: a $10 in-game companion pet—a virtual item—that can be sold for gold on the auction house. According to a look at one server, the pets may be moving for 5,000 gold giving them an essential value of about .002 cents per gold (or 5 gold per 1 cent).

As Activison-Blizzard’s digital channel revenue represents 62 percent of their total income and their profits tripled over the same period last year, the draw towards using virtual items as revenue producers is a strong pull. We’ve seen as much in other sectors of the industry, especially with Zynga and others attempting to tap into the market of selling this sort of kitsch for microtransactions.

As for a in-game explanation of gold, the gold market, and Occupy Azeroth, there’s a video posted on video game blog Vox Ex Machina that discusses the ins-and-outs of the World of Warcraft in-game economy and gold selling.