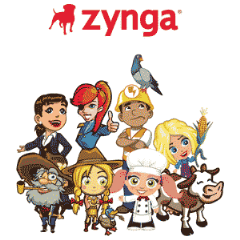 Up to this day, many are still astonished on how a social gaming developer could enter the gates of IPO and reach a billion dollar valuation. The success story of Zynga is just one of the many others that have thrived well within the shelter of Facebook. Phenomenal rate of growth and incredible revenue generation have placed the social gaming company in the bulls-eye of the competitions’ sights. Zynga lords over the social gaming sphere and just like any other money-magnet platforms, threats will always come hounding.

In its effort to attract investors, Zynga sought a modest valuation versus Wall Street’s expectations. Farmville and Mafia Wars being the two flag-carriers of the social game maker, Zynga is looking to tick the scale at $9.04 billion—a figure that is one third less than the initial 14.05 billion two weeks ago. While this deflation had happened and doubts looming the market grasp of Zynga, experts believe that the company will not suffer Groupon’s fate (shares plunging to 24%) for two reasons. One, Groupon only floated 5.5% shares, while Zynga is selling over 14%. Two, the social gaming mogul is more profitable than the daily deals business because of virtual goods.

Robert W. Baird & Co. analyst Colin Sebastian feels that the Zynga is surviving the crisis and has laid out a pretty potent plan: “Given what’s transpired in the markets over the several months and overall macro uncertainty, it seems like Zynga is trying to take a practical and prudent approach to the deal to make it seem more appetizing to investors.”

Confident Zynga executives faced tumultuous questions days before its IPO debut. Mark Pincus, CEO of Zynga exclaimed that they can double the number of paid players, as reported by Reuters. At present, they have around 227 million active monthly users that religiously spend money for virtual goods; but only a small portion of these are unique paying gamers. The investors apprehensions and their IPO dreams almost shattered last September when Zynga’s profit margin declined by 90%.  The company has also prepared and updated several plans prior to IPO filing—which was rescheduled shortly after Thanksgiving.

It may sound like an oxymoron, but Zynga’s success and declining value are inspiring competitors to get serious with the business. Nexon and Electronic Arts are the two most agitated rivals of Zynga. The former being a free-to-play MMO game and former being a veteran in social gaming that acquired PopCap, makers of Plants vs Zombies. Nexon has experienced setback last November following a hacking incident that exposed data of around 13.2 million Korean online gamers. But, the company remained resilient and will push through with their IPO adventure on December 14, with an estimated valuation of $1.2 billion.

Facebook’s growth has relatively been slow compared to previous years. This factor will certainly, in one way or another, negatively affect money making activities and linkages within the world’s largest social network. And, Zynga being the creator of Mafia Wars and Farmville could also suffer big time. The company’s IPO commencement looks promising but its longevity will still be dependent on various factors, euro zone being one of the most critical.