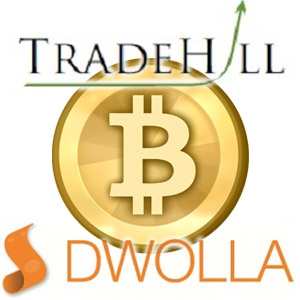 In what has all the hallmarks of a legal fiasco, Bitcoin exchange TradeHill has filed suit against payment network startup Dwolla and alleged racketeering, intentional misrepresentation, false advertising, and breach of contract, among other violations. TradeHill is claiming that Dwolla has cost them at lest $2 million in damages.

Adrianne Jeffries of Betabeat has the best coverage of this lawsuit and the history of the ongoing court proceedings. A history that includes the suspension of Bitcoin trading by TradeHill mid-February with refunds after chargebacks removed over $100,000 from their accounts.

“We’ve been trying to resolve this for eight, nine months and they ignored all communication,” Pierre G. Basmaji, the Santa Monica-based attorney for TradeHill, told Betabeat by phone. “I have no idea why. I think… they don’t know how to handle it and were just hoping we would go away.”

Today’s posturing continues with a press release published by Dwolla stating that they had not yet been served with legal papers regarding the lawsuit in question. TradeHill shortly fired back with their own press release on their blog, stating that they indeed “filed a complaint for damages in the United States District Court for the Northern District of California against Dwolla and two of its officers.”

The release mentions that the complaint will show that Dwolla fraudulently reversed nearly $100,000 in credited transactions after TradeHill attempted to withdraw funds from their account. They are also citing further damages relating to that initial loss of money including the loss of the “bitcoin.com” domain.

The complaint on file (as of March 5) cites defendants as Dwolla, Inc., CEO Ben Milne, COO Charise Flynn, and five unnamed individuals (or Does.)

While it’s obvious from the Bitcoin community that indeed Dwolla suddenly became chargeback happy—and did so in a manner that caused surprise and harm to exchanges—the biggest exchange in themarketMt.Gox still uses them as a payment network. Initially, Mt. Gox cofounder Mark Karpeles says that the chargebacks simply “disappeared” from the history; but later Mt.Gox and Dwolla managed better communication about charges and chargebacks.

Karpeles cites a figure of $5,000 lost in the initial salvo (the same one that caused TradeHill to be plowed under.)

No doubt there’s a great deal of bad blood between Dwolla and TradeHill—especially judging by the addition of “defamation” in the allegations of the lawsuit.

The court proceedings will be watched by many in the community.

AWS execs speak on the top priorities for on-prem to cloud migration
AWS-NetApp expands partnership with Amazon FSx for NetApp ONTAP
Ascend.io aims to simplify data engineering for better data interaction
Courage in cloud is crucial as analytics become fundamental for business success
Cloud is the 'new normal' as businesses boost resiliency and agility beyond COVID