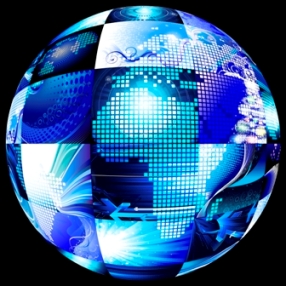 Governments have already enjoyed some limited success through their intelligent use of big data, combating water shortage problems and fighting crime amongst other things, but up until now these projects have largely been localized ones, affecting very small segments of the population.

One of the major roadblocks for governments has been recognizing and overcoming the unique challenges of big data (a problem that’s not just limited to governments), learning how to tap into and best use the vast banks of knowledge they’ve accumulated.

While not insurmountable, these problems are still causing plenty of headaches, which has led a number of governments and international agencies to launch major studies to identify the best strategies for adopting big data and exploiting its potential.

In the USA, the government has turned to the technology industry for a helping hand in implementing its big data initiatives, commissioning a new study from the TechAmerica Foundation’s Big Data Commission.

As Steve Lucas, Global Executive Vice President at SAP, one of the authors of the report, puts it:

“The evidence shows the government can extract enormous value from Big Data, for the benefit of all citizens. Imagine a world with more elderly and sick people, but better healthcare outcomes and lower costs; with more cars on our roads but less congestion.  The challenge lies in capturing, managing, and analyzing enormous data streams to extract those relevant insights.”

Detailed in the report are four key recommendations; focusing on the education of employees about IT systems and big data; making use of current IT systems; enhancing collaboration between government agencies; and investing in research and development of advanced computing technologies.

The UK government is also keen to exploit big data, not so much to help improve its citizens lives, but rather to save itself some money. The country has suffered quite heavily from budget cuts across the board as it battles to avoid the fate of other European nations like Greece and Spain, a situation that has spurred Cabinet Office minister Francis Maude to invest £22m to reshape its direct.gov.uk portal into a one-stop shop for all citizen data.

As part of this Digital-by-Default strategy, Conservative Party think tank Policy Exchange recently authored a report, The Big Data Opportunity, which was published in the summer. As author Chris Yiu notes, one of the biggest problems is that the UK lacks a single national identity database:

“It’s currently not possible to retrieve reference information relating to an individual citizen from a single authoritative source,” he explains.

The report estimates that the government could save as much as £16billion to £33bilion each year by sharing information across government departments and making it available from one go-to resource. Yiu claimed that such an initiative would not only speed up the process of data mining and lead to less duplication of data, but would also come with the benefits of helping the government to reduce tax and benefits fraud, whilst saving money b ending the paper-and-pen method of collecting census data.

Big data isn’t just the concern of national governments – the United Nations are pretty keen to get involved as well, seeing big data as an historic opportunity for the agency to further its mission of combating hunger, poverty and disease around the world.

To this end, the UN has established an initiative called Global Pulse, which aims to harness “today’s new world of digital data and real-time analytics to gain a better understanding of changes in human well-being.”  The hope is that Global Pulse will be able to make information accessible to a greater number of people, sooner, in order to “keep international development on track and protect the most vulnerable populations in the world.”

In order to achieve these noteworthy goals, Global Pulse recently published a whitepaper that explores how data from social media and other sources can be used to study well-being in different communities around the world, for example, by tracking responses to fluctuating food prices, inflation, job losses, and other economic or political factors.

The paper notes that big data’s potential is truly worldwide, citing the example of a recent trip by UN officials to a refugee camp in Dadaab, Kenya. There, they found that the majority of the camp’s inhabitants use cell phones to access social media sites like Twitter and Facebook. By analyzing this kind of data, the researchers point out that they could yield important information about the Dadaab camp, and the success of UN services there.

Another example in the report noted how the frequency of tweets about the price of rice in Indonesia almost perfectly mirrored a graph detailing food price inflation in that country.

“Essentially, this paper lays out the opportunity for global development,” said Robert Kirkpatrick, Global Pulse’s Director, who also emphasized the need for more support for the organization’s efforts.

“Clearly there are opportunities that we have not yet realized.”