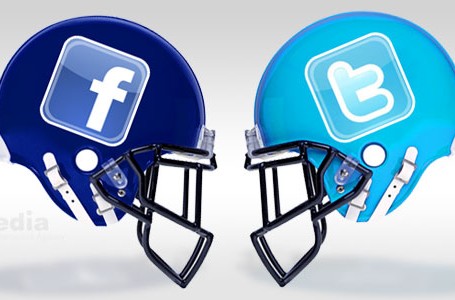 Facebook and Twitter saw more than their fair share of action during yesterday’s Super Bowl, and not surprisingly the power outage that left the Superdome in the dark was among the ‘biggest trending’ topics on both social media sites.

The power outage was by far and away the most talked about aspect of the Super Bowl on Twitter.  Elaine Filadelfo from Twitter’s media team writes that we saw an average of 231,500 tweets per minute during the 34 minutes that the teams were forced to sit on the sidelines, accounting for a whopping 7.8 million of the 22.1 million total tweets about the game and half time show.

Even more impressive was the way in which advertisers moved to capitalize on the phenomenon. Within just four minutes of the lights going out, advertisers were already buying up promoted tweets for “power outage” searches on Twitter, while a number of satirical accounts representing the Superdome’s lights quickly popped up, tweeting such quirky statements as “only @Beyonce can turn me on.”

What really impressed us though was the creativity displayed by quick-thinking advertisers, including Oreo’s now-legendary “Power out? No problem = you can still dunk in the dark” ad, which was retweeted an astonishing 14,539 times shortly after it emerged.

Aside from the unexpected power outage, Beyonce’s spectacular half time show proved to be almost as popular, with more than 5.5 million tweets generated during that time. Meanwhile, the game’s key moments also caused some huge peaks in Twitter traffic, most notably Jacoby Jones’ 109-yard TD return, which generated a whopping 185,000 tweets-per-minute.

-22.1 million total Tweets about the game & halftime show (does *not* include conversation about commercials)

-5.5 million of those Tweets came during the Beyonce halftime show

Not to be outdone, Facebook came up with its own long list of Super Bowl stats, the most enlightening of which was its “Top Ten Moments of Super Bowl XLVII”, which reveals a remarkably similar batch of trending topics.

Unlike with Twitter though, at least the most talked about event did have something to do with football – the ending of the game, which saw the Ravens confirmed as Super Bowl champions, was the single most-talked about event on Facebook. Second place however fell to Beyonce and her energetic half time show, while the power outage came third in the list of talking points.

Beyonce was one of the most talked about on Facebook

Mentions of “Beyonce” jumped by almost 49,000% at 8.22PM EST, illustrating just how well her performance went down, while the fact that “killed it” also saw a spike in popularity just after she finished up her act proves that she did indeed ‘kill it’ on the night. As for the power outage, mention of the word “lights” jumped by 66,000% on Facebook within minutes of the power going out.

Apart from these “big three” events, much of the Facebook chat revolved around the Baltimore Ravens and their epic first half performance, with the 4th, 5th and 6th most talked about moments being Jacoby Jones 108-yard TD return, Joe Flacco’s 56-yard TD pass to Jones, and Flacco’s 13-yard TD pass to Anquan Boldin.