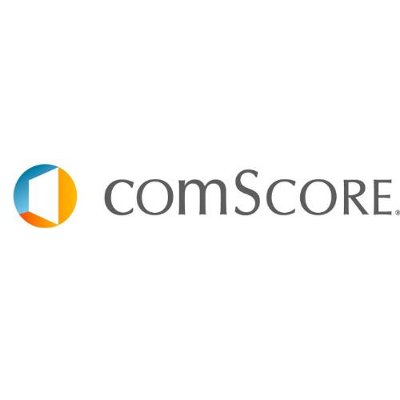 ComScore has just released its Digital Future in Focus Report for 2013, offering reams of data on areas such as display advertising, social networking, search and mobile, as well as dozens of insights on what we can expect for the rest of the year.

As always, ComScore’s report is bursting with information that’ll appeal to all kinds online businesses and marketing agencies, and one of the most eye-catching findings relates to display advertising – the fact that almost one third of the 5.3 trillion ad impressions served up in the US were never actually rendered in-view.

This is consistent with ComScore’s findings last year, when it reported that 31% of all display ads are never seen by consumers. The problem has obviously been lingering for some time, and ComScore notes that advertisers should “demand more accountability”, while publishers should attempt to “reconfigure their site design and ad inventory to improve performance over the coming year”.

Despite these problems, advertisers are definitely getting smarter, using such techniques as programmatic buying and improved targeting methods to increase the effectiveness of their ads, reducing the need to buy quite so many as before. The result is that the display ad industry has remained pretty steady over the last 12 months, with 144 advertisers serving up more than one billion impressions, compared to 145 advertisers buying the same number of ads in 2011.

The largest advertiser in the world? Once again, the honor falls to AT&T, which served up a whopping 1.04 billion (That’s more than one sixth) of all the ad impressions from January to December 2012. Trailing some distance behind the carrier is Microsoft (with 473 million impressions), Experian (451 million), Verizon (405 million) and State Farm (357 million).

For 2013, ComScore predicts that we’re going to see some changes in the advertising landscape as publishers move their ad inventories into private exchanges, relying on data-driven insights to improve ad engagement and viewability. Meanwhile, we can also expect to see more “native ads”, as ComScore explains:

“Certain large, premium publishers are also beginning to experiment with and implement native advertising based models to deliver unique branded content at scale. Facebook and Twitter have already successfully implemented such ad units that leverage the unique value of their platforms, with the added benefit of being units that work as well on mobile devices as they do on desktop computers. Look for others to follow suit as a means of enhancing the value of their platforms, increasing the value of their inventory and improving the scalability of their content.”

The report also had a lot to say about mobile devices and how these are shaping the future, particular with regard to how consumers are interacting with the digital world, creating what ComScore has termed a “multi-platform” digital landscape.

ComScore reveals that smartphones lead the way in terms of mobile device usage, having surpassed the 50% market penetration mark. The use of tablets is rising too, highlighting the fact that the average consumer now spends their online time surfing the web via multiple devices.

Unsurprisingly, as the popularity of mobile devices grows, so too does that of online video, as increasing numbers of consumers switch off their TVs and turn to alternative means of consuming digital video content. As a result, online video content producers are clamoring to monetize the phenomenon, as exemplified by YouTube’s massive overhaul of its advertising platform last year.

Finally, the report also delves into search and social media. ComScore’s search data was leaked earlier this week, and reveals that Google continues to dominate its rivals, while Microsoft’s Bing appears to have slipped from fourth to fifth place in the overall search engine popularity stakes. From the social side of things, one of the most interesting stats is that Facebook consumes five out of every six minutes spent on social networks in the US, highlighting its continued dominance. However, several social networks have slowly crept upwards, including Pinterest, Twitter and Tumblr.

To download a free copy of the full report, visit ComScore.com