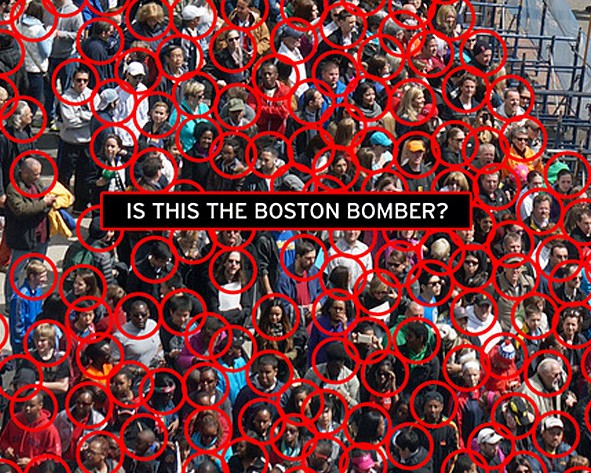 Crowdsourcing Screwed Up, But Can We Do It Better Next Time?

Last week’s dramatic Boston bombing attacks and the subsequent manhunt for the suspects provoked a deluge of activity on social media sites as the public hunted for information. As we saw, thousands of netizens took to sites like Reddit and 4Chan in a bid to ‘crowdsource’ evidence and find who might be responsible, sparking the biggest online “whodunit” ever seen.

Not surprisingly, these crowdsourcing efforts were mostly disastrous, sowing chaos and confusion across the web as red herrings and misinformation proliferated. Misleading evidence and people jumping to the wrong conclusions led to the finger of suspicion being pointed at numerous innocent spectators, such as the missing Brown University student Sunil Tripathi, who disappeared from his home two weeks prior to the bombings and ended up with his name plastered all over the web as Public Enemy No.1.

Other sources got things wrong too. Twitter was plagued with at least ten fake accounts of the real suspects, brothers Dzhokhar and Tamerlan Tsarnaev, popping up in the hours after their names became public knowledge. Meanwhile, Your Anon News tweeted the following misinformation to its million-strong following as news of the gunfight between the suspects and the police first broke:

Does Crowdsourcing Have a Future in Criminal Investigations?

One might surmise that with the failure of the Redittors et al to identify the bombers, crowdsourcing for clues doesn’t have much of a future, but that couldn’t be further from the truth. Although the mistakes and online witch hunts were widely publicized, the reams of data that authorities received from the public clearly played a big part in their investigation. The general public might have made a massive blunder, but the authorities sure as hell didn’t.

The crucial difference was the technology involved. The Security Ledger blog explains how investigators employed advanced image analysis software called CrowdOptic that can extract compass information from the EXIF data in images, then use algorithms to pinpoint different “points of focus” within those photos. In the context of the Boston bombings, investigators were able to mine metadata from the photos they received, pinpointing their exact Geo-locations and using these clues to identify critical leads near ground zero.

The result of these efforts was that investigators were able to release photos of the (correct) suspects within just 72 hours of the bombings. Soon after, these images were quickly distributed across television and online, leading to the suspects’ identification.

Traditionally, investigators have always liked to keep the public in the dark during ongoing investigations, but crowdsourcing might just lead to a rethink. The prevalence of digital cameras and smartphones has turned each of us into a citizen journalist, and any future attacks like we saw in Boston will surely throw up a similar flood of data. This data, when combined with advanced analysis tools, can be extremely valuable. The flood of amateur photos and video can augment footage provided by CCTV cameras, providing investigators with a complete 360-degree view of the hours and minutes leading up to a crime.

What’s vital is that we, the public, understand the limits of crowdsourcing. We cannot just randomly accuse individuals and embark on crazy witch hunts that slander the names of innocent people like Sunil Tripathi. We cannot have vigilante justice or mob rule. What people have to learn is that this data needs to be left in the hands of competent investigators who have the tools and the expertise to analyze it and interpret it successfully. So long as the public can resist the frenzied speculation each time we witness a new atrocity, crowdsourced investigations will have a very bright future indeed.