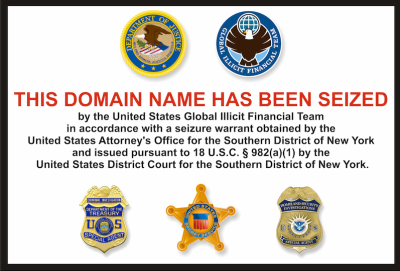 Liberty Reserve Take Down is Unjustifiable and Wrong

The US Department of Justice’s decision to shut down the popular online currency service Liberty Reserve has caused uproar among its legions of users, many of who are now extremely worried that they’ll lose thousands of dollars held in their accounts.

Admittedly, I’d never heard of Liberty Reserve before the fracas erupted, but according to the DoJ’s lawsuit it had a tidy little business going for itself, processing “more than 12 million financial transactions annually, with a combined value of more than $1.4 billion.”

The way Liberty Reserve worked was that users signed up for an account, then any money they paid into it was automatically converted into the site’s virtual currency, the “Liberty Reserve”, or “LR”, which could then be redeemed for US dollars, Euros or gold. It also provided total anonymity for its users, requiring only email address to open an account, with the ability to keep account numbers secret in any transaction for an additional small fee.

It was this kind of anonymity that helped make Liberty Reserve so popular. The ability to transfer money, buy and be paid for goods and services whilst remaining untraceable has a big appeal. Not surprisingly, this attracted a great deal of less-than-honest types, many of whom are suspected of using the site to funnel ill-gotten proceeds of various hacking and cybercrime scams.

It’s due to this criminal activity that the DoJ believes it has the right to shut down Liberty Reserve.

Law-abiding citizens might think that’s an appropriate course of action, after all, these are criminals aren’t they? I certainly don’t condone any illegal activity or profit making, but what worries me is that most media sources seem to be faithfully repeating the DoJ’s claims that Liberty Reserve was nothing but a “money laundering operation”, without questioning anything. Quite simply, these accusations are not true, at least not for the vast majority of people who used the site for legitimate purposes.

Fact is, the DoJ’s justification for closing Liberty Reserve is extremely dubious. In its indictment, it claims that “virtually all” of Liberty Reserve’s business is derived from suspected criminal activity.

Now excuse me, but “virtually all”?!

If that isn’t an exaggeration, I don’t know what is…

Our very own Mark Hopkins addressed these accusations on this morning’s NewsDesk with Kristin Feledy, “I don’t think that anybody’s denying that criminal activity was done with Liberty Reserve…it attracted a more unsavory element.” He then went on to add, “Perhaps maybe unsavory is overstating it.  A lot of multi-level-marketing schemes and…pyramid schemes tended to use Liberty Reserve, just because other organizations…tend to discourage those types of businesses.”

Irrespective of the owner’s and some users intentions, Liberty Reserve served the needs of thousands of legitimate individuals who had absolutely no connection with any criminal activity. The site had over a million users just before it was closed down, and to claim that “virtually all” of them were criminals is completely and utterly absurd. The comments from readers on my earlier article, and just about any other report on this confirm that.

Virtual currencies don’t just offer benefits to criminals after all, they also assist totally honest people in avoiding expensive bank fees and to hedge against inflation. Numerous forex traders used Liberty Reserve for these reasons, while plenty of entrepreneurs in less developed countries did so because their own country’s banking systems aren’t geared for or trusted in international transactions, or because ‘legal’ services like PayPal don’t operate in their countries (Nigeria for example).

At best, we can say that “some” Liberty Reserve users were suspect, but is that enough to justify taking everyone else’s legitimately earned money away from them? Not in my book.

More likely, what’s really upsetting the “powers that be” is that Liberty Reserve had the gall to operate outside of international banking norms, and was therefore something that threatened their control of the global financial system. Virtual currencies like Liberty Reserve frighten governments, not because of money laundering, but because they’re scared that people will use them to hide their wealth or to avoid paying taxes – which is how governments finance themselves and keep themselves in power. It seems that Liberty Reserve’s biggest mistake was that it actually managed to build up a reputation for being trustworthy and reliable, something that most banks lack, and the reason it became so popular. Hence, it was most likely shut down to satisfy the egos of a few greedy and paranoid bankers who refuse to tolerate any kind of threat to their ’empire’.

The decision to shut down Liberty Reserve means that thousands of innocent people will almost certainly end up losing their savings, all justified on the extremely dubious grounds that it “might” have been gained illegally.