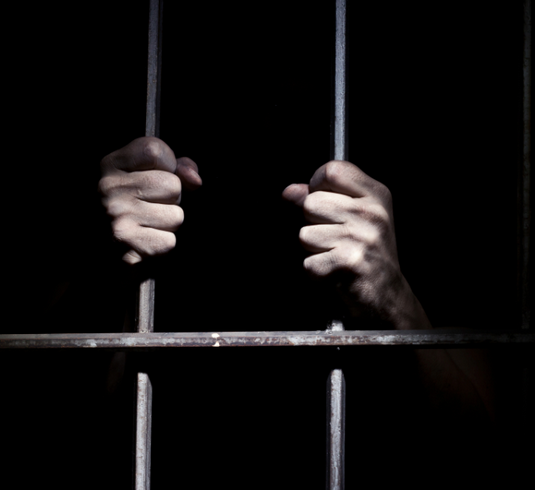 How To Get Out Of PRISM and Avoid NSA Spying

Admittedly, most people don’t seem to give a toss about PRISM one way or the other. But you should, and not just because certain groups claim that the NSA’s spying could be unconstitutional – there are lots of reasons why the alleged complicity of US tech firms could be bad for America, and no one wants to live in an Orwellian Dystopia, which is what could happen if we never take a stand.

So with this in mind, is there any way to avoid the all-encompassing dragnet that the NSA has admitted to running?

You bet there is, and today we’re about to reveal how. Now bear in mind that avoiding PRISM means avoiding those services which allegedly collaborate with the NSA, so it’s going to be a major pain in the beginning – and yet, it’s definitely possible to do. Think of it as a steep learning curve; you can live without Google, Microsoft, Skype et al., but it’ll take some motivation on your part to stick to the plan.

First things first, we’re going to want to hide our IP address. We can do so one of two ways – either by using an anonymizing tool like Tor, or by connecting to the net with a Virtual Private Network (VPN). The way these tools work is by encrypting your internet sessions via an external server (in the case of Tor, it bounces around several servers), thus protecting your own computer from being logged when you visit various websites. Even so, we should be wary that these solutions won’t protect us from behemoths like Facebook and Google once you log in, given that your identity is linked to your account anyway (yes, you’re basically a number).

This is harder, and basically it all comes down to ditching any service belonging to Google, Apple, Facebook, Microsoft, Yahoo etc. In fact, pretty much any major tech company should be considered suspect, because we can’t even be sure if these are complicit or not – the Feds might have some backdoor they don’t know about.

Thankfully, Twitter user and self-proclaimed digital nomad Peng Zhong has come up with a handy list of services on his PRISM Break website that are free from NSA interference. Feel free to try any on the list, but here are my personal favorites:

For your web browsing purposes, you can’t really go wrong with Mozilla Firefox. Not only has the Mozilla Foundation started a petition denouncing PRISM, but there’s a range of powerful add-ons you can install to protect your browsing, including DoNotTrackMe, Google Privacy, Privacy Protector and more. Alternatively, there’s the Tor browser (feels a lot like Chrome, by the way) which comes with built-in encryption.

When it comes to searching, believe it or not, you really can live without Google. Few people realize that there are plenty of great alternative search engines. At the top of my list is the brilliantly named DuckDuckGo, which does away with the privacy problems simply by not tracking any data at all.

For email, we can start by dropping Gmail, Outlook.com and Yahoo Mail (Yahoo sucks anyway). There are many useful alternatives, including Hushmail, BitMessage and Riseup, all of which encrypt your emails. Personally, I have started using Yandex Mail, which is a Russian company based in Moscow – if anyone’s safe from the NSA’s eyes, it’s gotta be them, surely. (To switch email providers without any fuss, you can read my post here.)

You may feel that it’s impossible to leave Gmail altogether – for example if your company uses Google Docs to collaborate, it can be tough. Still, it’s possible to throw a spanner in the works by using an email encryption tool like GNU Privacy Guard or WebPG – tools that are basically the benchmark for anyone who’s serious about email security. These tools are able to encrypt and decrypt your messages so that even if they pass through Google’s server, the Feds won’t be able to make any sense of them. For journalists and anyone else (including budding terrorists!) whose work requires secure communications, this kind of encryption really is the most basic requirement.

If you need to use cloud storage, you can do away with Google Drive and Dropbox, and instead use a service like Kim Dotcom’s Mega, Ubuntu One, or Sparkleshare. Alternatively, if you absolutely must use Dropbox, you can use a tool like Cloudfogger in conjunction with it to encrypt all your documents before uploading them.

Next up, we have VoIP and instant messenger tools like Skype. Fortunately, there are dozens of alternatives here, including Jitsi, Pidgin and Cryptocat, which all offer encryption for your online conversations.

Of course, all of this would be pointless if you also happened to be using an operating system ran by one of the major tech companies that are mixed up with PRISM, which means saying goodbye to Windows, Apple’s OS X and Google’s Chrome OS. Instead, we’re going to have to rely on open-source alternatives, such as GNU Linux, Ubuntu or Debian – it can be a bit of a pain installing them and switching everything over, but if you’re really determined to stay anonymous it’s a necessary step. And don’t forget, at least they are free!

This covers the major tasks we do online, but there are plenty of other ways the tech “cabal” can get at your private data. Fortunately, there are alternatives for everything they can throw at you. For example, we can ditch Facebook for the community-run Diaspora social network, and there’s OpenStreetMap instead of Google Maps. Piwigo does much the same as Flickr and Instagram, whilst Piwik is a good alternative to Google Analytics. There’s also a ton of apps you can download onto your smartphone to protect yourself from predators on Android and iOS (just don’t forget to ditch Verizon).

Keep in mind however, that no system can be considered 100% secure. While the services listed above are going to make it much more difficult for anyone to keep track of you, the Feds will almost certainly find a way if they have a reason to think you’re up to no good. PRISM is nothing new – in fact, it’s never been new, and in all likelihood, it will never stop. Sweeping surveillance operations are no longer a conspiracy theory – they are reality, but at least we’re not at the Orwellian Dystopia stage yet. It’s still possible to circumvent most government monitoring, but the onus is on you do something about it.