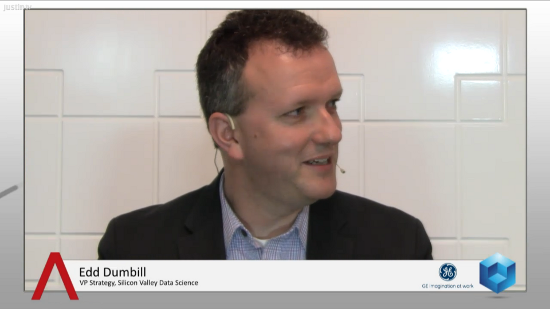 Hadoop Is Now an Ecosystem : Brings All Data Together + Makes it Accessible | #IndustrialCloud

Commenting on the GE Industrial Cloud concept, Dumbill said “it’s a very sensible move to create an ecosystem. GE is aware that what they provide goes into an industrial ecosystem.” If they want to save costs, they need everyone to play along. GE is setting the agenda for an entire industry, he said.

GE still has a long way to go, but Dumbill pointed out that what they are succeeding in bringing from the consumer industry is not just the data analysis, it’s also the ability to move data quickly.

“There’s cultural change, we see that with data analytics, tools are half of the problem, culture is the other,” Dumbill stated. “The tooling is the platform,” engineers are so conservative, because if you fiddle with the systems they work with, which generates quite a lot of concern.

As far as the Internet of Things / industrial cloud emerging trend goes, a paradigm shift is currently occurring, he said. “The real big deal, to be honest, is about the digital business. We have the means to expand the digital influence aspect into product development.”

“It’s actually a social and collaborative one and an agile app one,” explaining that ultimately everything is about the many people coding and doing repetitive tasks, there is a need for social sharing and automation.

“There is a technical shift that really matters,” Dumbill said. “This is the breaking part of data silos and the emergence of Hadoop as a place to put everything. This is starting to transform businesses at a technical level. If you look for a connection, it’s definitely in Hadoop.”

Hadoop has become an ecosystem, Dumbill stated “and it’s all about having data in one place and accessible.”

“To get to data science you first need to get the data,” Dumbill said, explaining that 80 percent of time is spent on getting data out of data centers. “We need to get the data there in the first place, so that you can get the leverage of the science.”