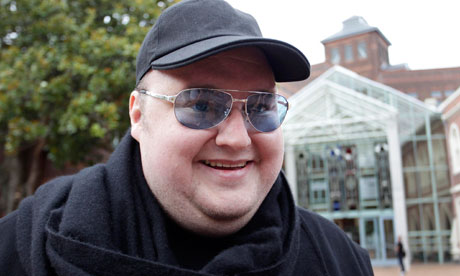 It’s been more than a year since Megaupload was taken down by the Federal Bureau of Investigation and its leader, Kim Dotcom arrested.  Dotcom has now recovered and is managing a new file sharing site that it claims is protected from the FBI’s reach.

Megaupload might be history by now, but users of the service haven’t forgotten it as their files still have yet to be returned to them.  Dotcom and some groups are working hard to get the files back – attempting to unfreeze their assets so they can pay the hosting companies they originally hired. Or at least that’s what they were trying to do – but now those hopes have been dashed, or “deleted” might be a better way to put it. Dotcom, speaking to RT News earlier this morning, revealed that some Megaupload users will now have to resign themselves to never getting their files back as they have since been deleted by Leaseweb, one of the hosting companies Megaupload used.

According to Dotcom, Leaseweb only informed them that Megaupload user data from 690 servers was deleted after it had been wiped clean.  No warning was given, meaning Dotcom has no time to come up with a solution.

“They deleted petabytes of data and did not warn us at all. Our legal team asked them multiple times not to delete the data while the U.S. court is deciding about the rights of our users,” Dotcom says.

“It’s such a betrayal. They could have given us some warning. We could have informed the court that a deletion is imminent. But Leaseweb did not even give us or our users a fair chance.”

“Carpathia has done the right thing and stored Megaupload servers at their own expense. That’s what Leaseweb should have done after making millions of profits from Megaupload,” Dotcom says.  “This was totally unnecessary and evil.”

No news yet as to whether Dotcom and his lawyers will be filing a case against Leaseweb.  He was very upset with what transpired, especially since he had been fighting to get the data back to Megaupload users.

“All I can say right now is that everyone is very upset. This is the worst day since the raid for me because I was fighting every day to get users their data back. EVERY DAY!”

When the site was taken down in January 2012, petabytes of data became inaccessible to users.  Megaupload was accused of harboring pirated content so everything was taken offline and held as evidence.  The problem here is that not everyone using Megaupload was a pirate.  Even some government agencies used the site to store their data, while many lay people used the service to keep documents, videos and photos.