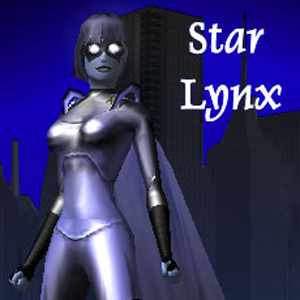 The much-anticipated spiritual successor to Paragon Studios’ doomed superhero MMORPG City of Heroes has had its developer announce the official Kickstarter date after a little delay. Previously set for September 8th the project is now back on track for October 2nd.

The City of Titans Kickstarter is now live.

This should come as a comfort to the thousands of CoH fans who have been looking at the current crop of superpowered massively multiplayer online role playing games (MMORPGs) that just can’t hold a cape to the old MMO. Along with the Kicksarter date announcement, Missing Worlds Media has also announced the name of their upcoming game: City of Titans.

President of Missing Words Media, Inc, Sara Quinn, said: “The delay was frustrating for us all, but it was a necessary evil, and we have used the time to put together an even better campaign.

City of Titans—previously known only under the moniker of The Phoenix Project—represents a community effort emboldened by the shutdown of City of Heroes by NCSoft and borne up on the hearts and minds of the community left behind. It has been a long wait and Missing Worlds Media is the only developer who has stepped up to the plate to take the task of filling the vacuum left in the market by the passing of such an amazingly well built superpowered MMO.

“We are immensely grateful to our community for their continued support and understanding at this somewhat fraught time,” Quinn added. “They have been amazing, and without the morale boosts they provided, this would have been much harder on all of us.”

Superheroes evolved through a multitude of stages from the radio play, to comic books, the silver screen, and eventually the video game. It only made sense that the next ascendance would be into the realm of highly immersive social gaming the like of which City of Heroes struck a resonating chord.

And with its passing an entire community of gamers has been left without a game to play.

Chris Hare, the Project Lead for City of Titans, said: “Our goal is not merely to replace City of Heroes. The things City of Heroes was known for were innovative thinking and ground-breaking gameplay, from side-kicking to badges to instanced missions. Our goal has to be as far reaching and innovative as our inspiration. “

As a project, City of Titans has a huge shadow to live up to and as Missing Worlds Media will have an undertaking to manage it. SiliconANGLE interviewed members of the in-house development team who will begin work on the project in December should the Kickstarter bear fruit. As we all know, Kickstarter is a make-it-or-break-it platform, but there is certainly the chances of a massive upswelling and audience behind this project.

“There will be new things. There will be amazing things, and they will all be fun. This will be a new world of superhuman gameplay, and it will be playable with anyone with a capable computer and a little money saved up. Don’t just read adventures, or watch adventures. Live them. Write them. Be the hero. Together, we can fly.”

City of Titans: Where you can be the hero

Be the hero again. October 2nd. Join thousands of players who lost their game and want something similar back at their fingertips.

Dust off that cape, polish those goggles, strap on that spandex suit—because, heroes and villains, it’s time to dream again.