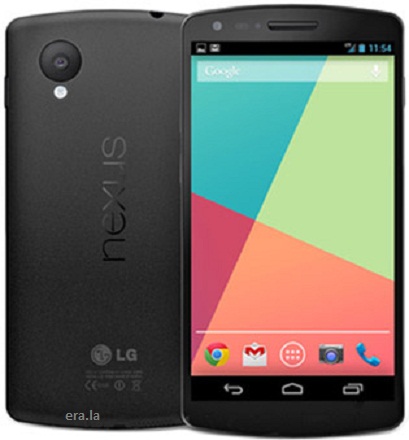 Some Google Play users had a bit of a shock earlier today when they stumbled across the Nexus 5 device for sale alongside the Nexus 7 and 10, although Google’s newest smartphone apparently didn’t show up for everyone, with many users still only seeing the Nexus 4.

Was this a glitch, or could it be Google getting ready to unveil the Nexus 5 any day now? Whatever it is, Google has now fixed the issue and Google Play is now only displaying the older Nexus 4.

Those who have seen the leaked page state that the Nexus 5 is priced at $349 for the 16GB version.  The images shown on Google Play support previous leaks that suggest the device will feature a 5.0” IPS TFT display with a resolution of 1920 X 1080 pixels, and 32GB internal storage – it was not specified if there will be other variants. The device will also come with 2GB RAM, a 2,3GHz Snapdragon 800 processor, an 8MP OIS rear camera, a 1.3MP front camera, a Lithium-ion polymer 2300mAh battery, and sensors such as an Accelerometer, Gyroscope, Compass, Proximity/Ambient Light, and Pressure. The device further boasts Slimport compatibility, a Micro SIM slot, Notification light, Wireless charging, NFC, Bluetooth 4.0, and UMTS/GSM/CDMA/LTE compatibility.

Google is said to be holding an event on October 31, 2013, where it is expected that the search giant will launching the new Nexus, Android 4.4 Kit Kat, and a smartwatch codenamed Gem.

No leaked images of the rumored smartwatch have surfaced so far, but sources familiar with the device stated that unlike Samsung’s Galaxy Gear which has limited compatibility, Google’s Gem will be compatible with all devices running Android 4.3 or higher.

Human Interface Designer Adrian Maciburko posted square and round concept designs of what he hopes the Gem would be like, as well as some of its likely features – such as Google Notifications, Google+ Messages, voice activated controls so you can respond to messages via voice, swipe to view apps, and pinch the screen to get back to the main menu controls.

Question now is, will Google be able to deliver come Halloween?