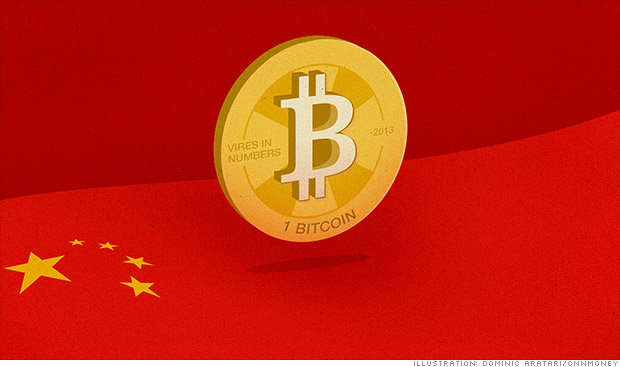 The last several days have been particularly volatile for new watchers to Bitcoin. The price of Bitcoin peaked out at over 1.2 mBTC ($1,200 / Bitcoin) on the fourth, but following warnings from the People’s Bank of China, the price tumbled to .576 mBTC ($576 / Bitcoin) before correcting upwards to .860 mBTC ($860 Bitcoin) on Sunday morning trading.

Those who have followed Bitcoin since it’s inception may look at the recent fluctuations in price as somewhat tame, but much has been said and alleged about what’s going on in China.

China has most certainly lead the rise in value in Bitcoin these last several weeks. Bitcoin Magazine put a pin in it yesterday:

First, it is important to note what the immediate causes of the price crash were. Although no one has access to an alternate universe simulator, and so we can never truly know what would have happened had certain events gone differently, certain facts about the Bitcoin economy allow us to make solid educated guesses. First of all, the bulk of the rise from $125 to $1000 was backed by Chinese speculation. Evidence that China was “leading the rally” is plentiful, ranging fromtechnical analysis on price movements around the time when Bitcoin broke through the 165 USD / 1000 CNY level, to BitcoinQt download statistics showing China climbing up to (and, as of the time of this writing, staying at) first place in the number of downloads, and the rapid growth of volume in Chinese exchanges, culminating in BTCChina taking over first place.

Many folks, like Bloomberg and Forbes, have erroneously asserted that China has “banned” Bitcoin in a statement on December 5th. This isn’t, in fact, the case.

Blogger and Quora user Joseph Chen-Yu Wang spoke on this topic today. Wang used to be a vice president for a large investment bank based in Hong Kong, and provided a bit of local and industry interpretation to the story:

“The People’s Bank of China has basically given the green light for Bitcoin trading and exchanges.  They are trying to keep Bitcoin trading “separate” from the other parts of the financial system so that if Bitcoin blows up, then nothing bad will happen.  The thing that I think they are worried about is a Lehman Brothers-style situation in which something blowing up in derivatives brings down the rest of the economy.”

“The strategy of creating a ring fence around new markets is a very standard one in China.  Hong Kong is an entire city that is ring fenced.”

“Outside of financial institutions covered by the People’s Bank of China regulation, there is no other legal restriction for using Bitcoins as the medium of transactions.”

“The same thing goes for Hong Kong.  You can use anything for a transaction, but if you convert currencies, you need a money broker license.”

“One good thing about the Chinese announcement is that by declaring bitcoin to be a “commodity” that creates legal certainty for how it is to be regulated.”

“In general, though, there is not a terrific amount of media coverage on the topic.  It only started to get on the radar screen a month ago. The main driver of interest in Bitcoin for China is that there is tons of money in China and no one knows what to do with it all.”

“Even so, geeks are the primary buyers.  So far, it’s not the type of thing that random people will buy; it’s not very mainstream.  However, it has taken the Chinese geek community by storm and there are a lot of geeks in China.  As with a lot of Chinese things, the fraction of people in China who are geeks is small, but a small fraction times a billion is a lot of people.”

“Bitcoin has not gotten much mainstream attention and it is still something that is with geeks, but you have the perfect storm of a lot of other things.  The main thing is that Bitcoin has hit China exactly at the time where China is looking at restructuring its entire economy and financial system to move out of low tech industries into high tech ones.  It also hit China at just the right time in the credit cycle.  China has recovered from the 2008 crash and is just starting to enter into another boom phase (which will last about two to three years before the economy crashes again).”