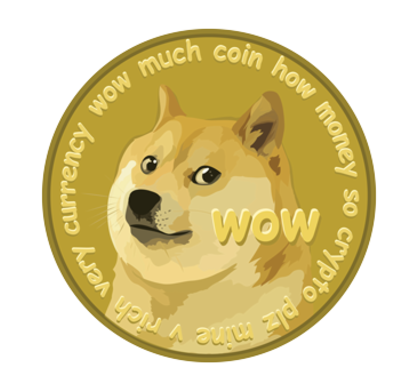 Dogecoin, which is probably the most ridiculous cryptocurrency to emerge so far, based on one of this year’s most ridiculous internet memes, has reportedly suffered its first hacking incident with more than 21 million Dogecoins stolen from the Dogewallet online wallet service.

If you’re wondering what the hell Dogecoin is, the IB Times gives a pretty good explanation of how it emerged here – it’s nowhere near as big as Bitcoin is (yet!), but it’s gathered a lot of attention in recent weeks and managed to outperform most other cryptocurrencies.

Unfortunately that success has made it a pretty tempting target, and thieves were able to get away with almost $12,800 worth of Dogecoin on Christmas Day, representing a sizable loss for some of its users.

The hack was first brought to our attention by a poster on the Doges.org forum complaining about lost coins – there followed a flood of similar complaints, before the Dogewallet team posted on Reddit, confirming that it’s site had been attacked. In a brief description of the incident, Dogewallet’s administrators said that hackers had managed to access its file system, before modifying pages to send Dogecoins to their own account.

Unlike with some other hacks, Dogewallet says that it will refund all lost coins to its users, though it hasn’t said when this will happen. It has since shut down the site:

“All invested user balances will be fully 100% compensated first. We’ll be working on compensating as much balance as possible that wasn’t invested right after (roughly 30m Dogecoins can be compensated immediately).”

Not everyone has been convinced by this explanation though. Some Redditors were angry, with the suggestion being that Dogewallet’s operators could be responsible for the hack themselves.

“In order for you guys to regain your credibility you’re going to need to post a detailed explanation of EXACTLY what happened including how they gained access to your filesystem,” wrote Reddit user shiruken.

“Why are you using a new account? [to refund coins] Why are your old accounts deleted? Why was your fb delete? This is mucho fishy,” wrote user BillyM2k, a Dogecoin co-founder.

The hack is obviously bad news for the victims, especially if Dogewallet did have a hand in it, but enthusiasts of the cryptocurrency can take some encouragement from it. That hackers saw fit to target it shows that it’s already established itself as a valuable commodity – last week it briefly became the seventh most popular cryptocurrency, although it’s since fallen back down to 13th place, according to Coinmarketcap.com.