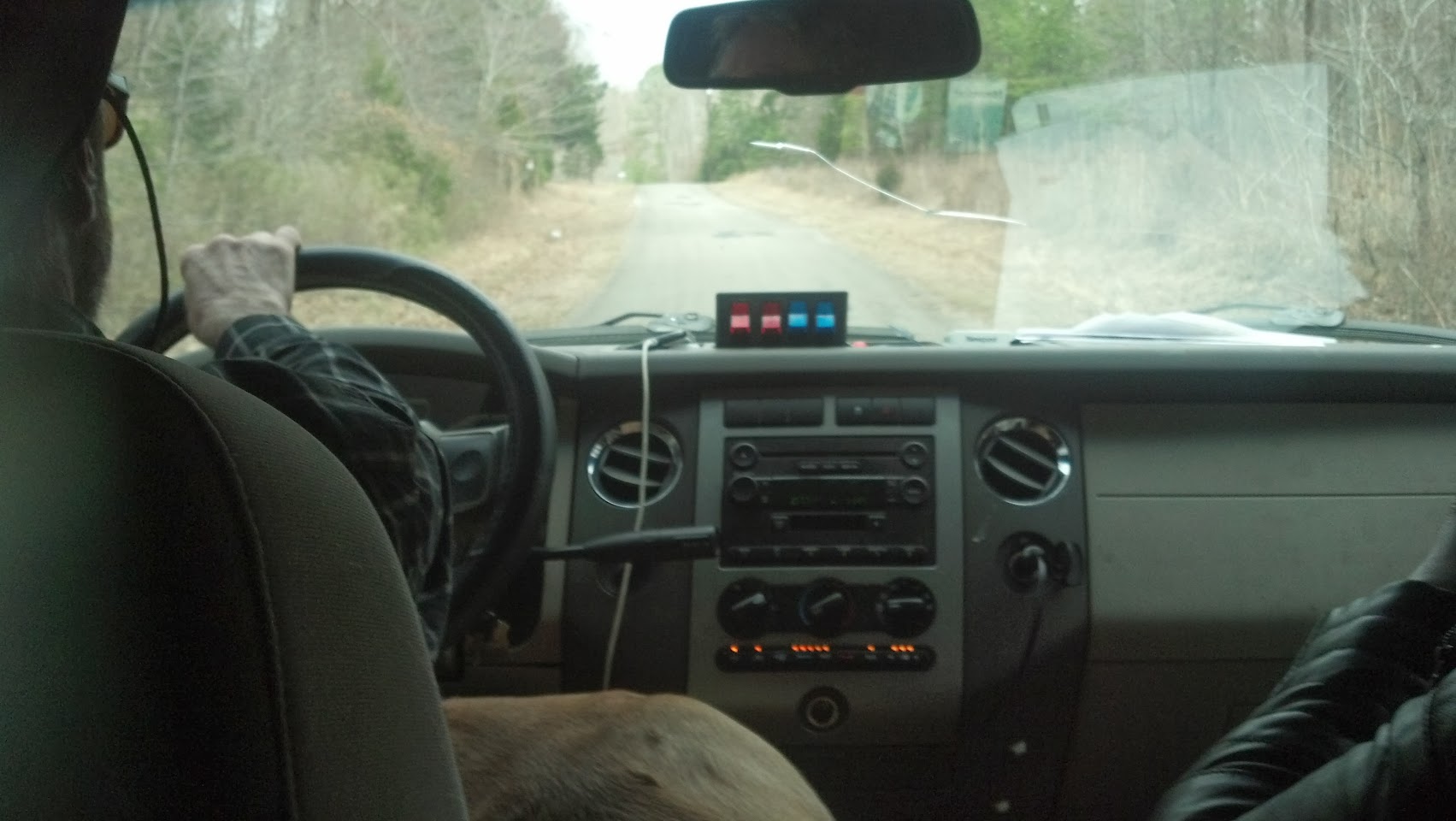 Exclusive: Why John McAfee is on the run

[Editor’s Note: If you’ve missed it, SiliconANGLE Security Editor John Casaretto has been granted unprecedented access to John McAfee and his personal files, and has for the last several weeks been relating the story of how the software security luminary became involved in the world of international spycraft and intrigue. For the other reports in this series, see the table of contents. -mrh]

The paradox between John McAfee’s media image and the man I’ve come to know during my interviews has an ever-widening gap, and it’s been one of the driving forces behind my continual examination and exploration of the story he tells; so I have kept asking question and McAfee has kept answering them.

During one such Q&A session several weeks ago, McAfee told of a night where an attempt was made on his life, which was the impetus behind decision to constantly be traveling despite that he was in the midst of launching a new mobile startup.

For most of 2013, John McAfee believed the events in Belize were fading behind him. Though

publicly he was considered a person of interest in the murder of American businessman Gregory Faull in Belize (a charge he has repeatedly denied to me and others in the media), questioning had gone cold, the investigation was even colder and little (if any) news had emerged from that part of his life.

His property in Belize had been burned in an unfortunate and curiously timed fire, right before it was set to sell.  Though he still communicated with friends, aides and girlfriends in Belize, he was pulling away from that world.

He found, however, that it all came racing back to him in Portland in a series of bizarre events.

Belize soccer team visits the US for the first time ever

In the summer of 2013, news emerged that the national soccer team of Belize earned the right to play against the US for the first time in the country’s history.

This tiny nation, with a population of a little more than 300,000, didn’t even have its own national soccer team until 1995, and has long been considered the weakest team in Central America. But this year, Belize shocked the world — well, this corner of it anyway — by placing fourth in the Copa Centroamericana. This surprise finish meant Belize qualified for their first ever Gold Cup. – FoxSportsBlog

On July 9, out of all the places that the match could have been played in, it took place in Portland, exactly where McAfee had been living. It would seem to be an interesting and extraordinary coincidence.  To McAfee, this was no coincidence:

“At the time I thought nothing of it.  Looking back, what I find curious is how Belize’s soccer team of part-time carpenters and laborers made it to this game.  Nobody in the world regards Belize as a legitimate competitive soccer team.  Now somehow they’re competitive against full-time athletes.  On top of that, of all the cities in the world,  suddenly they are coming to Portland.”

The game was a legendarily one-sided affair, a 6-1 game which the US won easily despite not even playing all that well, according to sports analysts:

You can only play the teams they put in front of you, but the U.S. had some issues against an overmatched Belize team that was full of amateurs who have other day jobs. – Grant Wahl, Sports Illustrated

McAfee dug deeper on what it meant, whether it was coincidence or something else:

“One thing I have received from my informants is that the soccer team’s plane arrived with a certain amount of people and flew back with fewer people on board,” McAfee told me. “That is a curious piece of information to receive.  Thus far the records we’ve been able to get haven’t shown much yet, yet I can’t shake why that piece of intel exists.”

It’s a fact that left a deep impression on McAfee (and a claim we’re actively investigating in an attempt to verify).

McAfee’s life had changed dramatically in that last year, one that had been filled with adventure, decadence and a bit of danger. In 2013, though, he had settled in with Janice Dyson, a woman which he says he had known some years prior and had reunited with when he returned to the states.

McAfee regards her as his wife, and Dyson recalled their time in Portland to me during one of my visits with the couple:

“We loved Portland.  It was close to home for me.  John was starting to think about new things to do, including a new company.  John was always worried about security and our safety and I thought it was unusual, but justified based on all the things that happened to him.  Then one night this truck came for us and it was scary and real.”

In early September a trio of events over a handful of days resulted in McAfee leaving Portland and marked the beginning of his journey today.

On the morning of September 9th, 2013 reports of McAfee’s death spread on the Internet.  An Irish news site had published a detailed report including witness statements stating that McAfee had overdosed in a Las Vegas hotel room.  The site that posted it scrubbed the post, citing an editorial matter, but many other sites picked up the news, citing its message:

McAfee was pronounced dead at the Palms Casino Resort in Las Vegas, where he was discovered by security personnel in a semi-conscious state following what authorities believe was a “cocaine and alcohol-fueled binge,” according to the report. He slipped into unconsciousness shortly after and could not be revived. –Escapist Magazine

Friends and family called him throughout the day, shocked at the news, trying to see if he was alright.  McAfee responded to the world via Twitter that next day that he indeed was still alive and all is well.

For those wondering if im dead the answer is… “The Media is killing me, but somehow im still tweeting” #NotDeadYet pic.twitter.com/9qvNLBoFsg

“I figured at the time it was your everyday hoax,” McAfee reflected. “When you look at what happened to me over the next couple of days, there’s no way it was just a coincidence.  Zero. This was a distraction from what they intended to happen, to have a story out there for when they wanted me to disappear.”

A day after the death rumor circulated, McAfee’s bodyguard Andrew Rodriguez was arrested on charges that were several months old.

Rodriguez’s case is still open, so he declined to comment extensively on the record. He did provide me with background information, and stated that the charges he was arrested on were months old and that “it seemed excessive and unusual that he was arrested for charges so suddenly for what amounted to a misdemeanor.”

The situation put his concealed weapons permit into question.  Rodriguez also corroborated McAfee’s assertions that leading up to his arrest and for a period after when he still protected McAfee, there were many ‘strange events’ happening.

He described strangers coming around the apartment, asking about McAfee, vehicles that would come and go around the clock in view of McAfee’s location as well as the strange behavior of the luxury apartment manager who appeared on the scene weeks before McAfee’s stay there ended.

The night that Rodriguez was arrested was the first time in months where McAfee and his wife went unprotected.  For a couple of weeks, as a result of McAfee’s inquiries into the mysterious arrival of the Belize soccer team, he had been receiving information from his Belizean insiders and informants.

‘Something big is coming’ and ‘just be careful’ were the last messages he received from his most valuable informant, a confidential source in Belize.

There was no sleep for McAfee that night.  As thoughts raced in his head, he was on edge – driven by the fact he had been left without security, the tip that something ‘big’ was coming, and the incident with the death report.  As the calendar flipped over to September 12, there was still no rest.  At 2:15 in the morning he says he found out why when ‘someone’, or rather a team came to collect him.

Amazingly, the heart of the McAfee story begins right here with the events of these three days.  It’s the sequence from which he launches an investigation on how it all ties together back to his past.

Starting with the prelude that arrived along with the soccer team of Belize and the vague information that he received, which are followed by his publicly reported death, his reappearance and the curiously timed apprehension of his security, it ultimately leads to this amazing report which McAfee says was an attempt on his life.

[Editor’s Note: Our next post in the McAfee profile series will include details of the collection, as well as Dyson’s recorded re-telling of that night -mrh]

Keep reading SiliconANGLE for the rest of the posts the McAfee series.