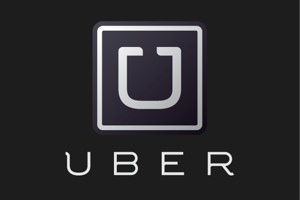 Uber Inc. has unfairly come under attack after surge pricing took effect in Sydney, Australia during a terror attack Monday.

The attack, currently an ongoing siege at the time of writing, involved one or more gunmen and an unknown number of hostages (figures range from 13 through to 50) in a Sydney City coffee shop. A black Islamic flag was displayed in the window of the cafe, suggesting that the attack was politically motivated.

Buildings have been evacuated, businesses closed, train and bus routes restricted, and police have advised people to leave the area.

The increase of people wanting to leave the City has naturally led to a large increase in demand for transport, and this is where Uber joins the story.

“I have never, ever seen it at four-times [the normal rate] and I’m a 1 percent top Uber user,” a user told Mashable. “I understand the way the business works — higher the demand, higher the charge — but four-times at $100 minimum is ridiculous. Almost price gouging at its worst.”

Clearly the user doesn’t though, or has never taken a basic lesson in economics. The Uber surge pricing deals with demand and scarcity, when demand increases the price increases to both reduce immediate demand and to increase supply, as Uber Sydney points out in a tweet.

Social media has jumped on the story as well, with many condemning the ridesharing company for the price increase, suggesting among other things that Uber was exploiting the situation and that it was a disgusting move.

Mashable also points to an article where Uber has promised not to increase prices during a natural disaster or state of emergency, neither of which apply in this case. Mashable Australia, along with sections of the Australian press, are refusing to even call the events a terrorist attack, despite the obvious fact that it clearly meets the dictionary definition of being just that.

Uber has no shortage of problems at the moment, but surge pricing isn’t one of them. The system has been demonstrated time and time again as working, and the increased prices are not a demonstration of price gouging as much as they are a reflection of simple supply-side economics.

UPDATE: After ongoing negative pressure Uber has announced that it will now offer free rides in Sydney Monday.

The company said in a statement that “Uber Sydney will be providing free rides out of the CBD to help Sydneysiders get home safely…We are in the process of refunding rides. If you have been charged during these hours leaving the CBD please email supportsydney@uber.com.”

The problem with the move is that in offering free rides regular Uber users may now struggle to book a car. Given the negative publicity it’s a case for Uber that they are damned if they do, damned if they don’t.