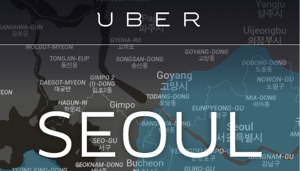 Uber Inc. CEO Travis Kalanick has been indicted in South Korea for operating an illegal taxi service, a charge that carries a jail sentence of up to two years

When the ridesharing service launched officially in South Korea’s capital Seoul in August, local  authorities said the service was illegal and that they would seek a ban on it operating in the city. They also promised to launch a rival app that would connect cab drivers with passengers.

The city will also starting offer rewards next week of up to 1 million won ($905) to people who provide information on Uber’s “illegal” services.

The escalation to actual prosecution and rewards from information is reported to stem from complaints received from local taxi drivers who are claiming that their income had been hit unfairly by the app.

Uber said in a statement that will fully cooperate with the investigation and is confident the court will deliver a fair and sensible judgment in the case.

“We firmly believe that our service, which connects drivers and riders via an application, is not only legal in Korea, but that it is being welcomed and supported by consumers,” the statement read.

It’s another day and another problem for Uber, who is facing problems and bans in Thailand, Indonesia, Vietnam, Spain, California, Victoria (Australia),  Portland Oregon (service currently suspended, and New Dehli and as of two days ago, Taiwan and Chongqing, China.

While it’s unlikely Kalanick will extradite himself to South Korea to face jail time, today’s news is notable as being the first time Uber’s CEO has been specifically targeted in a criminal case. Given that in December barely a day has passed without some place, somewhere coming after Uber we suspect it won’t be the last time.