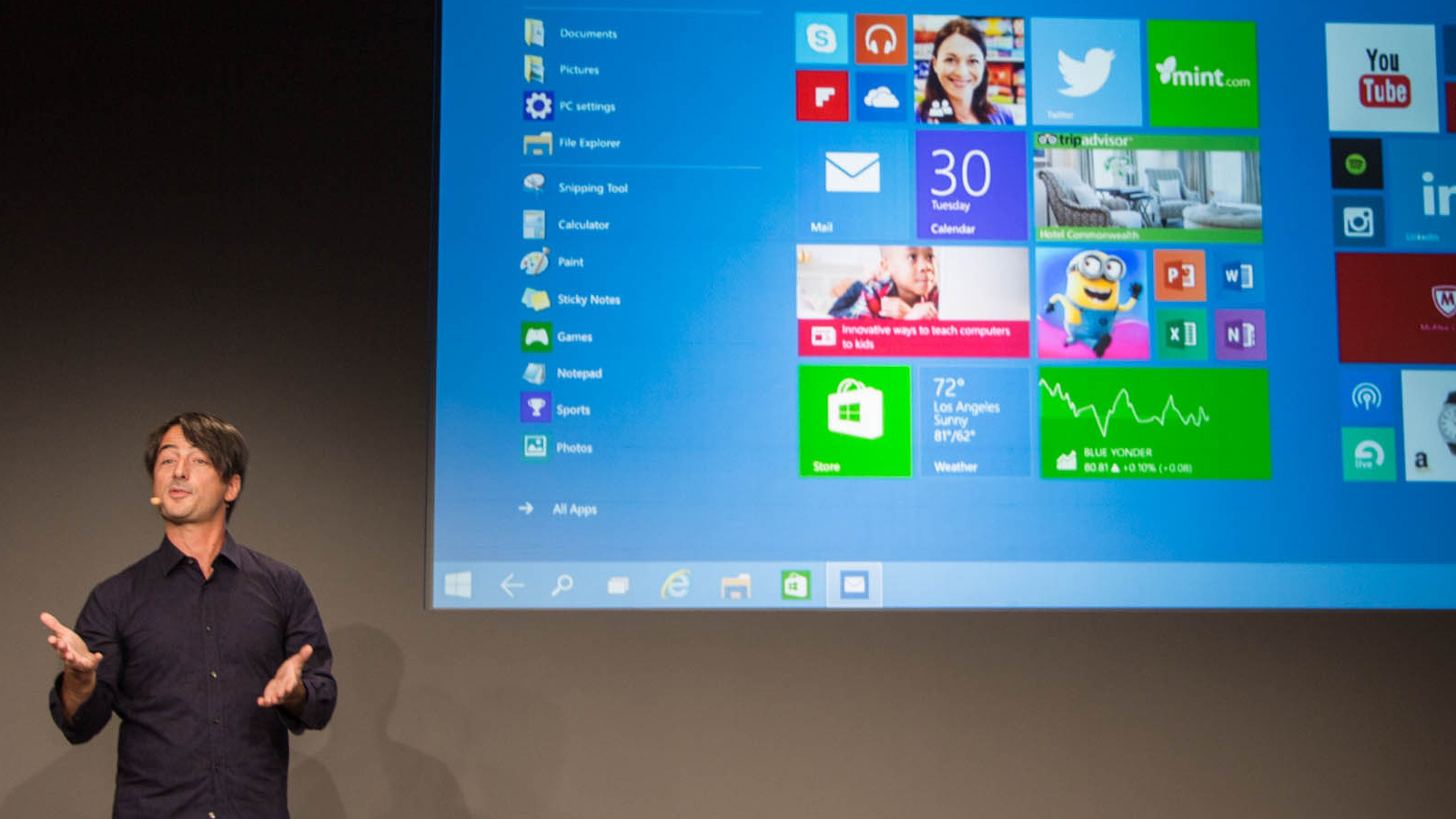 Should Microsoft give Windows 10 away for free? It may not have a choice

Microsoft has a lot of big decisions to make in 2015, but perhaps few will be more closely watched than its pricing strategy for the upcoming Windows 10.

We’ll likely learn more about Microsoft’s intentions as early as next week. Executives are set to reveal the latest preview edition of Windows 10 at an event on January 21, and at the same time say more about the role the OS will play in the company’s overall strategy. It’s common knowledge that Microsoft is embracing a cloud-first, mobile-first vision for the future, but analysts warn that its biggest challenge will be to avoid hitting its enterprise customers too hard in the pocket.

“Given the strategic importance of Windows 10 itself and Microsoft’s desire to get as many users as possible onto the platform, pricing it right is critical,” said Jan Dawson, Chief Analyst at Jackdaw Research. “However, there’s also a risk that whatever it does is seen as a precedent, which makes it hard to go back to charging more for future versions if it offers heavy discounts, for example.”

At the same time, Microsoft says it’s not about to turn Windows 10 into a “loss leader,” either. Responding to a question from an audience member during a presentation late last year, Microsoft COO Kevin Turner insisted the company wasn’t about to lose money on its flagship product.

“We haven’t announced the Windows 10 pricing framework yet. The one thing I can tell you that we’ve not had any conversations on is Windows 10 being a loss leader for us,” Turner stated.

Asked point blank if Microsoft would lose money on Windows, Turner clarified: “[That’s] not any conversation that we’ve had. The thing about it is, though, we’ve got to monetize it differently. And there are services involved. There are additional opportunities for us to bring additional services to the product and do it in a creative way. And through the course of the summer and spring we’ll be announcing what that business model looks like.”

Turner added that Microsoft is looking into finding “new ways to monetize the lifetime of [the] customer”, and said it should have a new business model finalized early this year.

Microsoft is giving away few clues about what business model it has in mind, but following the release of Office 365 last year, a subscription-based pricing model for Windows 10 is clearly one option on the table. But is it ready to take such a drastic step?

Rob Helm, an analyst with research and training firm Directions on Microsoft, says it’s clear the company is sniffing around the idea. “In general, Microsoft is trying to move to subscription pricing for all its products,” he said. “For the major PC software products like Office, it would like to get everyone on per-user subscriptions. For organizations, it has already added a per-user subscription option to license Windows Enterprise, the premium edition.”

But exploring the idea and actually going down that route are two entirely different things, and not everyone agrees that Microsoft would be bold enough to go “all-in” on subscription-based pricing. For Dawson of Jackdaw Research, any move in this direction would be a massive gamble, and he’s not convinced it’s a bet Microsoft is about to make.

“The software-as-a-service business model is well established, but OS-as-a-service is a totally new concept, outside of virtualization and cloud environments,” he said. “This would be a fundamental shift in the way Microsoft licenses operating systems. It would have to price the monthly or annual rate at the right level to make it appealing while maintaining a similar level of overall spend over the typical life cycle of an OS version.”

Instead of going down the subscription route, Dawson believes Microsoft might be more inclined to stick to its traditional licensing model, although with some caveats. As he sees it, Microsoft has three options for Windows 10: “First, it can simply follow the model of the past with little or no change; Second, it can offer some discounts either across the board or for people running certain previous versions of Windows as an upgrade. Third, it can offer a free upgrade for all existing Windows users to strongly incentivize many to move.”

Giving Windows 10 away for free to the vast majority of customers might seem even more drastic than moving to a subscription model, at least at first glance. But then again, Rebecca Wettemann of Nucleus Research believes Microsoft may not have much choice. With rival companies like Apple and Google either doling out their own operating systems at no cost or bundling them with the hardware, and with enterprises slowing their upgrade pace in general, Microsoft must do something dramatic to convince users to switch.

“Unless it’s part of a hardware refresh, the reality is there’s no compelling ROI (today) for the cost and disruption associated with the move [to Windows 10],” said Wettemann. “Without significant benefits on the administration or performance side, [upgrading] will be low on the list of corporate IT priorities, no matter what the pricing looks like.”

Microsoft’s pricing strategy will probably depend on where it thinks its business is going. While Windows has been a cash cow for many years, times are changing and the rise of smartphones and tablets means it’s unlikely those revenues will be sustainable. “It’s unlikely PC sales will continue to grow as they have in the past,” said Dawson. “Some PCs will end up being replaced by tablets with lower or zero licensing fees.”

Microsoft’s challenge is to make Windows 10 relevant, no matter what the short-term impact on revenues is. Microsoft’s Turner himself recently alluded to the opportunity of tapping into the millions of buyers of “services and different add-ons”, and a free Windows 10 upgrade for those running versions 7 and 8 would be its best shot at making that happen.

“If Microsoft is really keen to get as many users on Windows 10 as possible to put some real muscle behind the universal apps story, then it should certainly consider” the free upgrade, said Dawson.