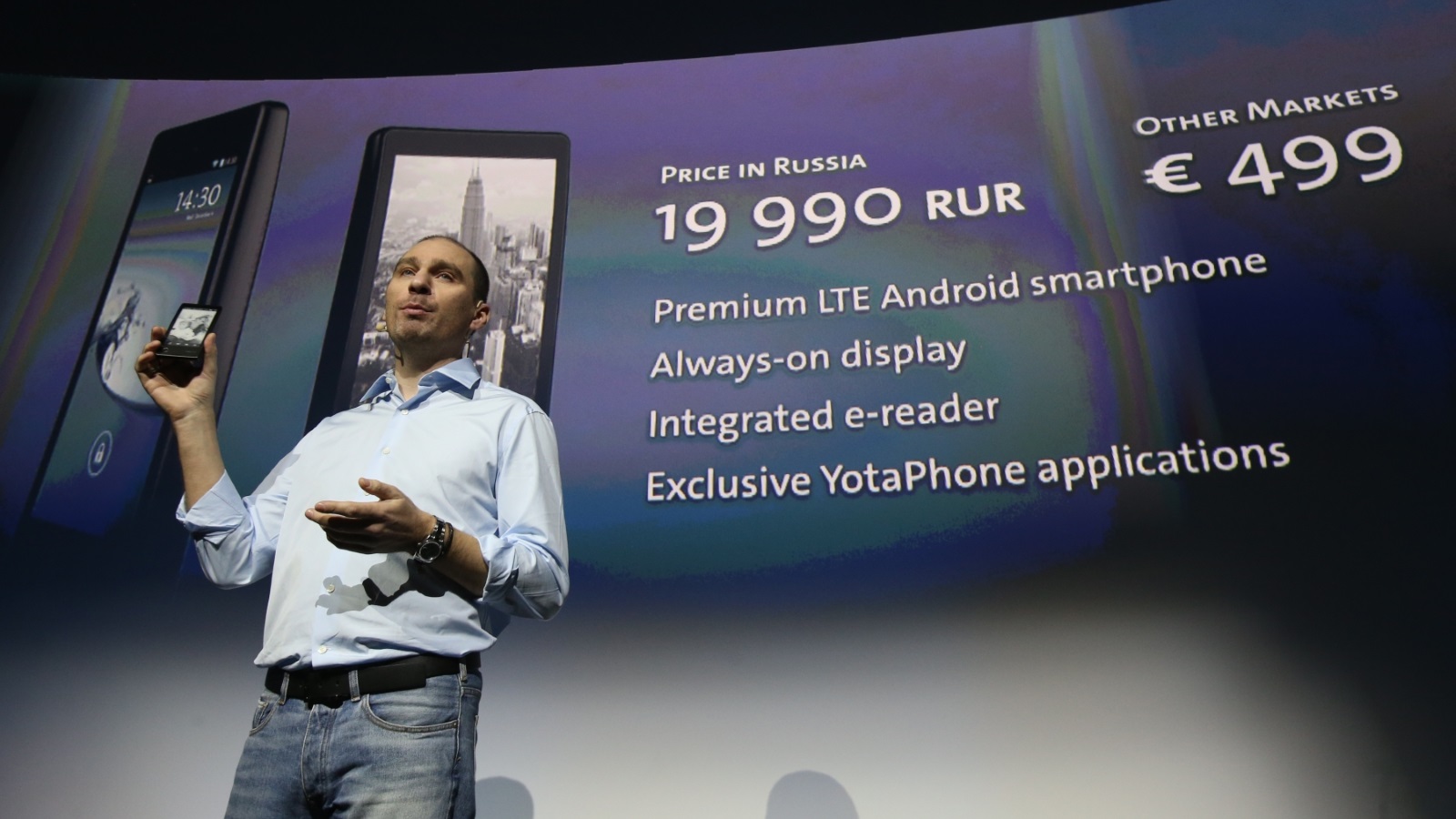 YotaPhone 2 comes to U.S., but not at a retailer near you

YotaPhone has announced that it will launch its duel-screen YotaPhone 2 in the U.S. this spring. It is however not arriving via traditional retail channels, but rather via a campaign on crowd-funding site Indiegogo. (via Phone Scoop)

The company unveiled the YotaPhone 2 in December and it was immediately released in 20 European countries and slated for arrival in China and the rest of Asia-Pacific in early 2015. At the time the company had no firm release date for the U.S.

For those unfamiliar with the YotaPhone, it is an Android smartphone with a second e-ink display on the rear.

The phone consumes far less energy than similar-specced devices (sans the second screen) and can run for up to five consecutive days in ‘read’ mode on a single charge. This is largely due to the second e-ink display consuming far less power in comparison to traditional screens. The user simply selects which information to display on the e-ink display instead of the front AMOLED display.

The YotaPhone 2 features a 5-inch AMOLED Full HD 1920×1080 display on the front and a 4.7-inch e-ink display on the rear. It runs Android 4.4, KitKat with a Qualcomm Snapdragon 800 2.2 GHz quad-core processor and packs 32GB internal storage, an 8-megapixel rear-facing camera with LED flash and a 2.1-megapixel front-facing camera.

YotaPhone is working on a software upgrade to Android 5.0 (Lollipop) and is confident of having it ready by the time devices start shipping to the U.S. Included in the software upgrade is a 2.0 version of its API for third-party app support on the e-ink display.

The handset is compatible with both T-Mobile and AT&T in the U.S. and includes LTE support. It is expected to sell for $600.

As is standard for Indiegogo and other crowd-funding sites, YotaPhone will offer incentives for early backers. YotaPhone has not said what those incentives may be, but rumor has it that they may include a bumper case for the phone or even a discount.

By late summer, the company plans to release a white version of the YotaPhone 2. It will sport a white back and sides while keeping the black face.