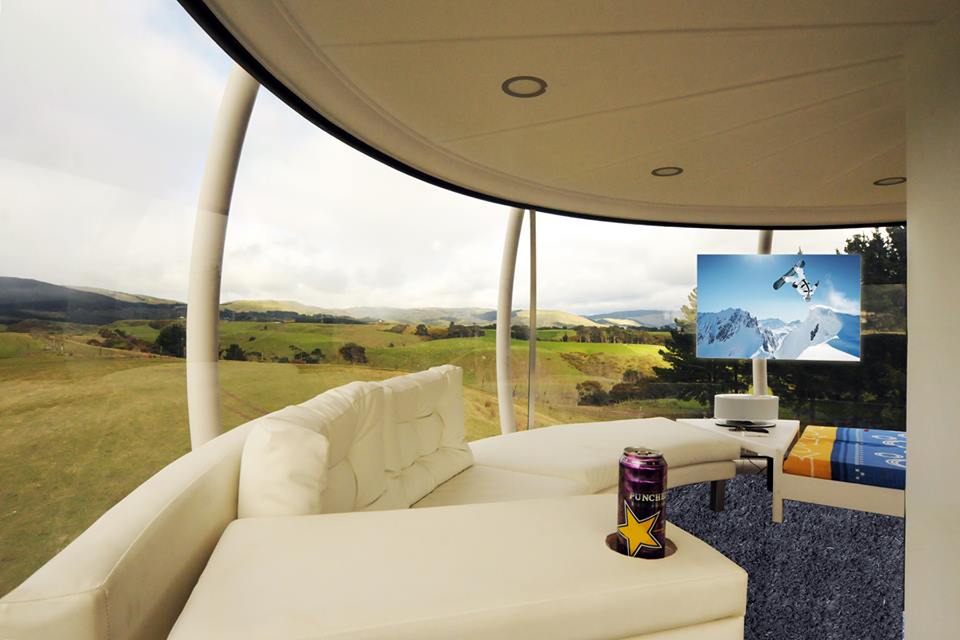 It has long been rumored that Apple is entering the smart home business. From patents that include Siri for home control, to a device that controls “scenes” in your home, to the Apple Watch used for home automation. And, now, a patent application was unearthed that revealed Apple’s alleged plan for the Apple TV.

The patent application, Device Configuration for Multiple Users Using Remote User Biometrics, describes how biometrics, such as fingerprint, retinal scan, facial image and others, can be used to deliver a more personalized entertainment experience for different users without burdening the current user with too much configuration. From the description, it seems like an enhanced version of the “scenes” patent Apple filed before that would allow different connected devices, such as smart bulbs, to change color depending on what the person is watching. But in this patent application, it will make use of profiles to determine settings for each connected home device, and then automatically apply them after the biometric scan.

The patent did not specify the Apple TV in its patent application, but it did mention, as an example, how the system would work on a set-top-box-like device.

According to Tom Kerber, director of research for Home Controls & Energy, Parks Associates, cooling and heating a home accounts for 50 percent of the utility bill, and in order to cut back, consumers are now turning to smart thermostats to save up. Also, utility providers are incorporating smart thermostats into their home energy management initiatives to help consumers cut energy consumption, as well as gather data on energy trends.

Eve Room is a device that measures indoor temperature, humidity and air quality. ams’ sensor is a low-power gas sensor that measures VOCs in the ambient air with claims at unrivaled accuracy. VOC concentration captured is converted into an indoor air quality score. The gas sensor is able to measure concentrations of alcohols, aldehydes, ketones, organic acids, amines, and aliphatic and aromatic hydrocarbons, which in high concentrations can be very harmful to humans.

Elgato’s Eve line is Apple HomeKit supported, and because of ams’ sensors, it is one of the most advanced products built for the platform.

If you’re looking for ideas for your own “man cave” or “mom cave,” you might get some inspiration from The Skysphere.

Designed and created by inventor Jono Williams, the Skysphere has been described as a futuristic “man cave, but it could be more of a high tech tree house because of how it looks. The Skysphere features a fingerprint entry motorized door, solar power, electrical appliances that are controlled using a mobile app, support for voice control, high speed Internet, a refrigerator that alerts him if he’s running low on beer, and a central tube that runs in the center, which serves as the only entrance/exit point and gives access to the rooftop starview platform. For temperature regulation, the top door automatically opens when temperatures hit 30ºC and then closes when it gets below 20ºC.

It took about 3,000 hours, $50,000 and a lot of DIY skills from Williams to build The Skysphere. For privacy, Williams originally planned to put an electronic smart film that turns from opaque to clear when needed, but because of budget constraints that plan was put on hold.

There is now an abundance of home automation and home security products you can purchase in stores for DIY projects, but a survey has revealed that consumers prefer those offered by security service providers and home insurance companies.

The survey, Smart Home Strategies, was conducted by Strategy Analytics and involved 7,000 consumers in France, Germany, Italy, Spain, the U.K. and United States. The survey also revealed that electricity or broadband providers and mobile carriers are the next preferred providers, while specialty electronic and home improvement retailers, such as Best Buy, The Home Depot and Lowe’s, fall between Samsung Electronics Co., Ltd.  and Apple in the preference rankings. As for the least preferred providers, pay TV and eTailers fall in this category.