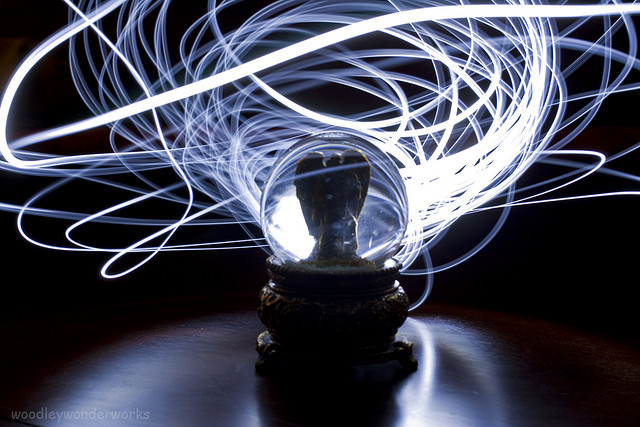 What would you pay to be able to predict the future? What if it turns out that it doesn’t take a psychic, but instead it’s possible to do so with emerging technology.

One such technology, Augur (Forecast Foundation osaühing), is running a crowdfunding sale right now intended to bring in funding for a decentralized prediction market. The idea of a prediction market is to provide clients a place to buy and sell shares in the outcome of a future event; the current market price of those shares becomes an estimate of the probability of that event.

An augur was a special type of official and priest of ancient Rome whose role it was to practice augury: to interpret the will of the gods by studying the flight of birds. In a way, augury has also come to be known as a fashion of making the uncertain more certain. Unlike the apparently random flight of birds, Augur itself is much less esoteric.

To produce better forecasts, Augur proposes to tap into the wisdom of crowds—a phenomenon where polling a group of people with knowledge of a subject can average out to a more accurate answer than a single expert. The effect of the wisdom of crowds is described by James Surowiecki in his 2004 book about the aggregation of information by groups The Wisdom of Crowds: Why the Many Are Smarter Than the Few and How Collective Wisdom Shapes Business, Economies, Societies and Nations. In which he hypothesizes that some groups may succeed in making predictions better than individuals because of diverse sets of expertise.

Augur’s setup is designed to take advantage of this wisdom by bringing together similarly suited crowds.

On Monday, August 17th, Augur began a crowdsale to raise capital for its platform. To raise this capital, Augur is selling Reputation Tokens (REP). The sale will continue until October 1st.

While the wisdom of crowds could be secured with an offer of money to predictors (such as the market works) somehow the system needs to receive accurate information about the event to determine who predicted it correctly. To do this, Augur users with Reputation Tokens report on the outcome of the event.

People who hold Reputation Tokens become reporters. After an event occurs, it is incumbent upon reporters to accurately report the outcome of the event—thus sealing the market—and this is done in two steps. Step one is the private collection of reports in a one month period after the event occurs; step two is the public release of these reports one month later in plain-text for all to see. With the private and public reports submitted, it is possible to find a consensus as to what happened during the event.

In this fashion, Augur can be more certain that reports of past events will be honest and therefore the accuracy of predictors can be rewarded.

Only 26 hours after the crowdsale start Augur made $1.3 million

Merely 26 hours after launching the crowdsale, Augur collected 2857 BTC (Bitcoin currency) and 453944.10038364 ETH (Ethereum Ether currency) which is worth approximately $1.3 million in US dollars.

Due to the platform’s broad audience in the cryptocurrency community, bitcoins and Ether were chosen as the medium of exchange. It also means that the funds can be held in multi-sig wallets to

Augur intends to use the money from the crowdsale to act as seed money to get the platform up and running, pay the developers for their hard work (and support future development payroll) and drive further widespread adoption and success. Further, the company argues, that a crowdsale will “empirically identify those who most highly value the platform, its goals and its future.” Which may be particularly vital because REP (Reputation Token) holders are responsible for the security of the entire platform and its wellbeing.

So far, it could be said that $1.3 million in a little over a day could help purchase a notable amount of wellbeing for Augur’s future.

For more information check out Augur.net and to participate in the crowdsale visit https://sale.augur.net/.