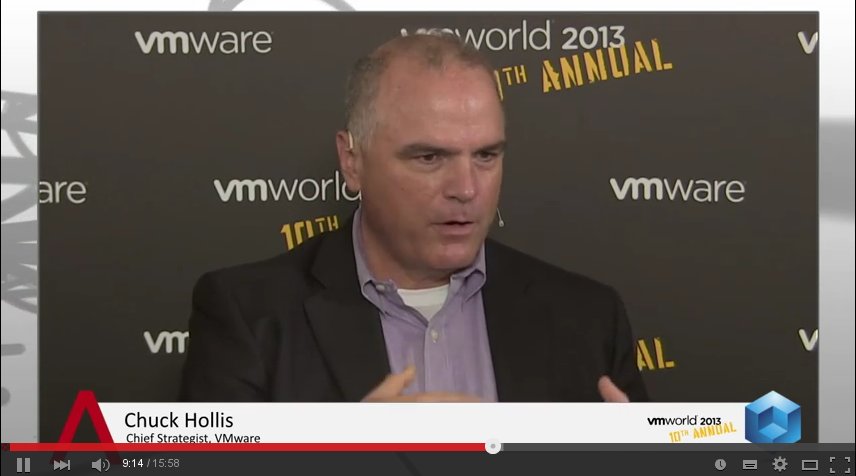 Yet another top executive has bailed out of the EMC Federation. Chuck Hollis, VMware Inc.’s chief strategist for storage and availability, and formerly EMC Corp.’s global marketing chief technology officer, has said he’s quitting the company so he can team up with some of his old buddies at Oracle Corp.

This is a big move, if for no other reason that Hollis was one of EMC’s loudest voices, renowned for regularly slating VMware’s rivals on the company blog, the most recent of his victims being its new nemesis Nutanix Inc. In a series of blog posts, Hollis has cast doubt on the performance of Nutanix’s technology and its ability to support customers, among other issues.

True to form, Hollis took to the EMC blog to announce his own departure from the firm, where he spilled the beans on what his new job will entail. His new posting will see him involved in a “new converged infrastructure group” at Oracle, where he’ll be reporting directly to his old boss, another ex-EMC man, Dave Donatelli.

“Very early in my career, Dave was my boss, my mentor and my friend” Hollis wrote. “I really learned a lot from watching Dave in action. Without that opportunity, I probably wouldn’t be where I am today. The idea of working for him again is very, very appealing.”

According to Hollis, the prospect of being able to team up with his old chum and work on Oracle’s converged infrastructure project was “something I just can’t pass up”.

The good news – at least for Hollis’ fans – is that he has no intention of letting up in the blogosphere. Hollis will continue blogging, only this time it’ll be for Oracle and hence from a “different perspective”.

*Chuck Hollis discussing “software-defined everything” at Vmworld 2013 on theCUBE*

Interestingly, Hollis isn’t the only EMC Federation exec to depart over the weekend. Also leaving is VMware’s chief technology officer Ben Fathi, who worked at the company for three-and-a-half years.

Fathi has held the CTO post at VMware since January 2014, and confirmed he would be leaving the company in an email to CRN.com yesterday. Unlike Hollis though, Fatih doesn’t have a new role to step into just yet. He told CRN that he’s currently speaking to a “few companies” but hasn’t made any decision just yet.

“Ben Fathi has decided to leave VMware. We thank Ben for his considerable contributions to VMware during his time with here, and we wish Ben the best in his next endeavor,” a VMware spokesman said to CRN.

These latest departures come less than two weeks before VMware heads into its annual VMworld customer conference that takes place in San Francisco from August 31 to September 2, and serve to further muddy the waters over the general direction the EMC Federation is headed in.

Just last week, it was reported that a trio of top EMC execs where heading for the exit, including ex-Syncplicity LLC CEO Jeetu Patel, while Pivotal Software Inc.’s CEO Paul Maritz more-or-less departed the company last week, though he retains a role on the company’s board.