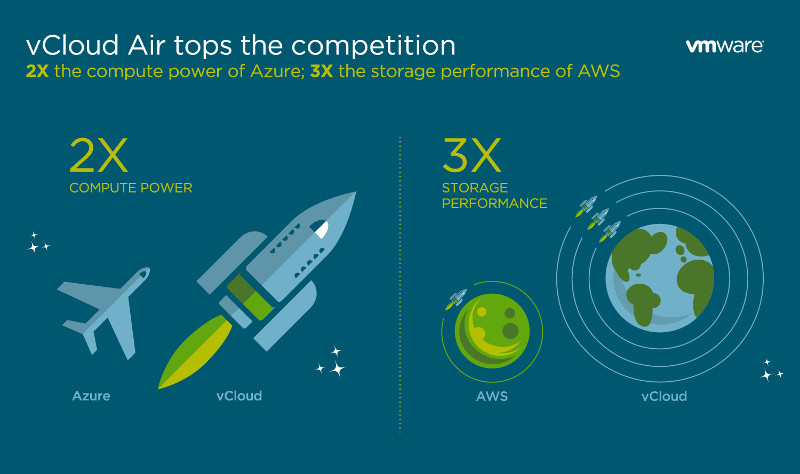 “vCloud Air is pretty much dead” as executives flee VMware

A new rumor making rounds in the industry suggests that VMware Inc. has drastically scaled back development on its public cloud just over two years after its launch and may soon pull the cord altogether. The revelation comes amid what is shaping up as most significant wave of executive departures since co-founders Diane Greene and Mendel Rosenblum were forced out in 2008.

That dramatic exit was reportedly set off by disagreements with the management of EMC Corp., which had bought VMware four years prior. There are some comparisons to be found with the present situation, which comes in the wake of the storage giant’s acquisition of an outfit called Virtustream Inc. that directly competes with vCloud Air.

That couldn’t have been taken too well among VMware’s senior leadership, which has witnessed the departure of no fewer than four key figures in so many weeks. The exoduses started when Dave O’Callaghan, who headed the virtualization giant ’s multi-billion-dollar channel operations for two and a half years, abruptly returned to teach at the University of Denver.

But while the acquisition of Virtustream may have been a contributing factor, the main driver is likely a much more recent event: The news that EMC’s board is weighing the option of becoming part of VMware in a so-called downstream merger as part of its fight against activist shareholders who have been calling for a split-up.

It appears that vCloud Air has become the first victim of that internal friction, with one insider having been quoted as saying that the service is “practically dead” by CRN, which broke the rumor. Another claimed that VMware has merely decided to stop the development of new features, which isn’t too much better in the fast-paced world of cloud services.

The odds were never in its favor. By the time the company entered the public cloud in 2013, Amazon had built up a million-strong user base for its competing platform, while rivals Google Inc. and Microsoft Corp. were well into the race. But with its annual customer conference only a few short days ahead, VMware must now set aside its struggles and concentrate on putting up a bright picture for attendees.