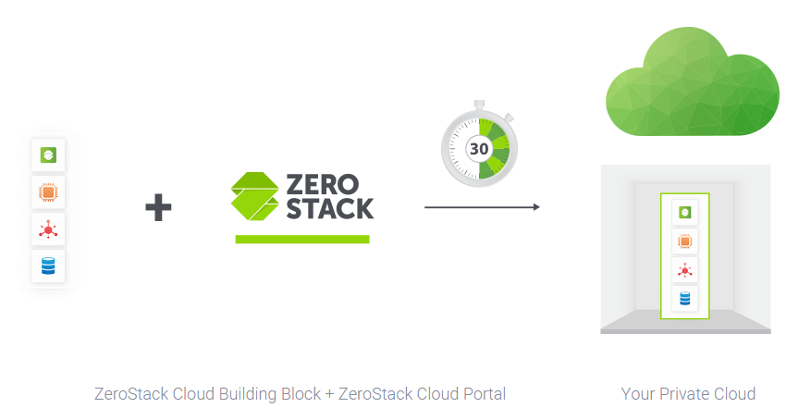 Venture capital keeps pouring into the OpenStack ecosystem. Only two months after Mirantis Inc. raised a formidable $100 million in funding for its commercial distribution of the cloud management framework, ZeroStack Inc. is announcing the completion of a $16 million investment that will help promote its own rivaling flavor.

The ZeroStack Cloud Platform is a hyperconverged appliance that combines servers, storage drives and networking equipment in a compact 2U chassis that comes with the startup’s custom version of OpenStack pre-installed. That offers organizations a convenient alternative to setting up the framework on their own, a notoriously difficult process regularly listed among the main barriers to its adoption.

The pre-configured nature of the ZeroStack Cloud Platform also helps reduce overhead after the deployment stage once it’s time to scale an installation, reducing the challenge of adding more capacity to a simple matter of ordering additional units from ZeroStack. The only problem with that value proposition is that the startup isn’t alone in offering it.

Mirantis debuted a competing series of integrated appliances for its OpenStack distribution earlier this year touting the exact same combination of ease-of-use and modularity. Meanwhile, a startup called Stratoscale Ltd., which  boasts a considerable amount of external funding as well – $42 million raised so far compared to ZeroStack’s $21.6 million – has been offering its version of the framework in a hyperconverged form factor from the outset.

The ZeroStack Cloud Platform attempts to set itself apart with a complementary cloud-based management service that allows administrators to centrally monitor their installations and perform operational tasks like rolling out updates. Having a unified browser-based interface to handle all that work is immensely useful in large enterprises that might have appliances scattered across multiple geographic regions.

Whether that will be enough for ZeroStack to challenge its larger and better-funded rivals still remains to be seen, but Formation 8 and the existing investors that participated in the new $16 million round seem confident. The venture capital firm’s Shirish Sathaye is joining the startup’s board of directors as part of the investment.