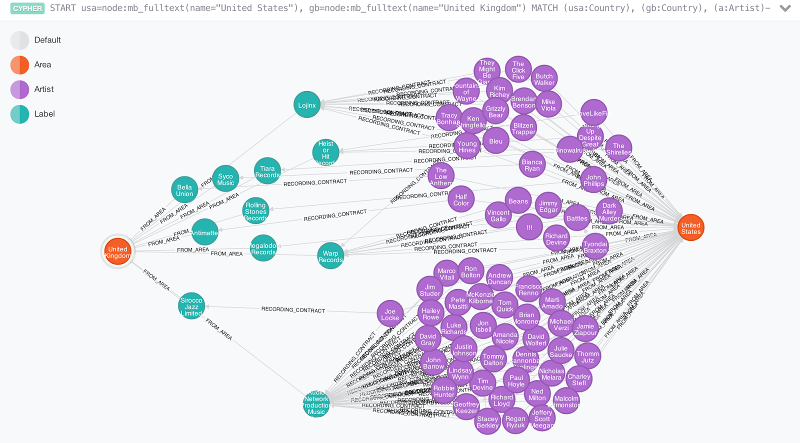 Neo Technology Inc. made a lot of new friends in the open-source ecosystem this morning after releasing the query language powering its hugely popular graph store under an open-source license. The move officially clears the way for other vendors to implement the syntax in their own systems.

The openCypher project, as the startup refers to the free standalone implementation, already has several big-name supporters lined up on launch. The list includes providers such as Tableau Inc. and Tom Sawyer Software Inc. that have offered connectors for Neo4j long before the announcement of initiative as well as newcomers hoping to secure a seat on the graph bandwagon.

The most notable of the bunch is Oracle Corp., the poster child of the old database world that the startup seeks to disrupt. But as strange as its endorsement of openCypher may appear on first glance, Larry Ellison’s firm has plenty of reason to be interested in the language amid the slowing demand for its pricey relational store.

Oracle Database has a premium module for holding complicated geospatial information like maps and satellite imagery that employs a graph-based model not unlike Neo4j’s, making openCypher a perfect fit from a technical standpoint. What extends that complementary appeal into the practical realm is the fact that the open-source language borrows heavily from SQL, the structured syntax at the heart of Oracle Database.

As a result, administrators relying on the graph module would have a fairly easy time adjusting to openCypher should the company decide to replace its current setup. That appears likely given its participation in the project, which is good news for customers but less so for Neo Technology.

Module or not, Oracle’s graph store is a direct competitor that may soon incorporate one of the main features that helped Neo4j set itself apart so far. In the grand scheme of things, however, the startup sees the move to open-source the language paying off.

The more vendors implement openCypher, its reasoning goes, the more organizations will be exposed to the syntax and recognize the benefits of graph-based storage. The hope is that the increased interest will trickle down the value chain to provide a boost in adoption for Neo4j enough to outweigh whatever competitive advantage rivals like Oracle may gain from the move, a gamble that might just work.

The main reason for that is that like openCypher, the database is available under a free license, whereas Larry Ellison’s firm charges a small fortunate for its system. Premium modules like its Neo4j alternative inflate the price even further, which means that any organization considering to adopt a graph store is much more likely to try out Neo Technology’s flavor first.