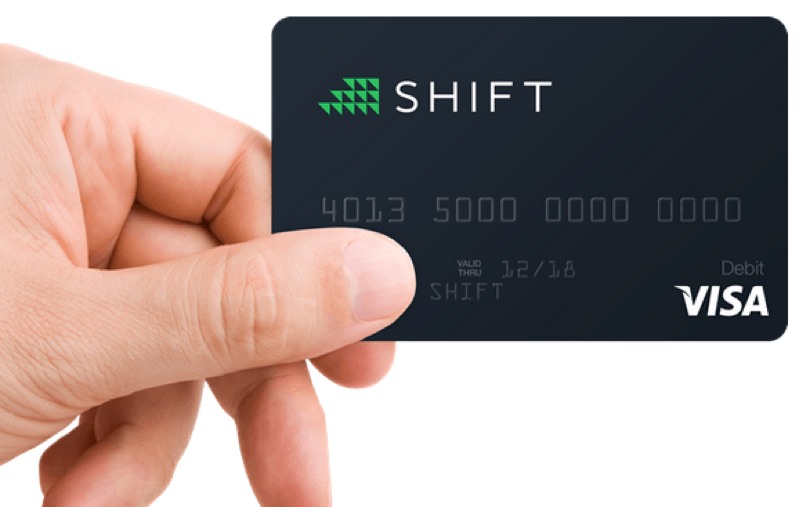 Bitcoin exchange Coinbase, Inc. is taking Bitcoin places it hasn’t gone before in the United States with the company announcing its first debit card Monday.

The Shift Visa Debit card is available to Coinbase customers in twenty-four states in the U.S. and allows them to spend Bitcoin online and offline at over 38 million merchants worldwide.

“Merchant adoption has come a long way over the past few years, but it’s still difficult for people to make regular purchases with Bitcoin,” the company said in a blog post announcing the new offering. “Buying gas at a local gas station or groceries at a neighborhood grocery store with Bitcoin has not been possible in most cities in the U.S. Thanks to Shift Payments, it’s now possible to use Bitcoin to buy gas, groceries and much more.”

“With the Shift Card, you can now spend bitcoin anywhere in the world that Visa is accepted.”

In a huge positive for Coinbase customers regular everyday use of the card is free when purchasing items, with the only fees applying to ATM withdrawals ($2.50), International ATM withdrawals ($3.50), foreign currency conversion charge (3 percent) and an issuance fee of $10, naturally all payable by Bitcoin.

The Shift card itself is being provided by a separate company called Shift Financial, Inc., with Shift and not Coinbase having the relationship with Visa.

“VISA’s relationship to the project is such that they are aware of the program and supportive of Shift’s efforts,” Shift spokesperson Meg Nakamura told Wired. “VISA can always shut whatever it wants down. But I have assurance from the VISA teams that they are supportive of what we’re doing and the product we’re launching.”

Coinbase certainly isn’t the first Bitcoin exchange or related company to launch a debit card, but they are certainly the first American, venture capital backed one and the offering itself helps further take Bitcoin into the mainstream by facilitating Bitcoin commerce by use of a traditional financial payments provider.

One hurdle to Bitcoin adaptation has always been the ability to use it in many places whereas the provision of a Visa debit card literally overcomes that restriction in one simple move.