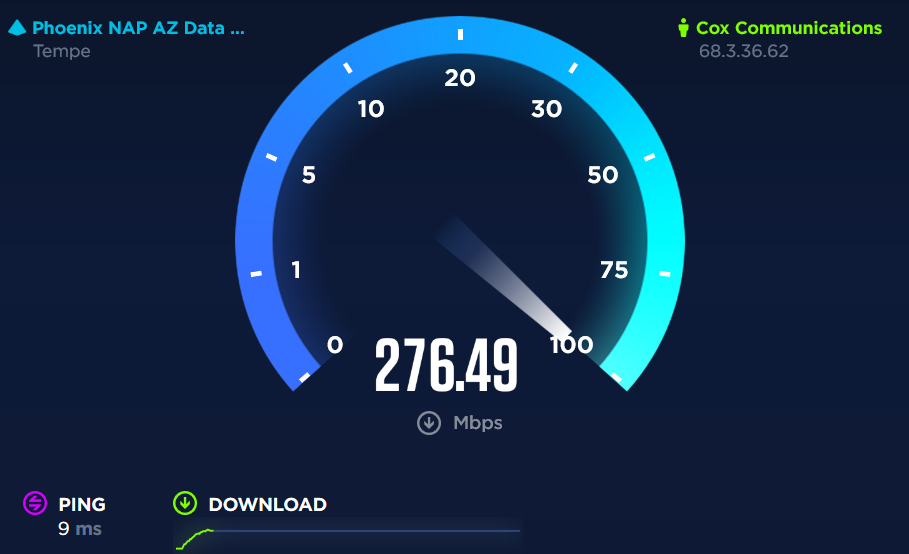 For the detail-oriented Internet user, Speedtest.net has been the go-to for trying to determine if the service the ISP says you’re getting is what you’re getting has been a mainstay. For a long time now, the site has used Adobe Flash to accomplish that test, but the times they are a changing: now it’s possible to access an HTML5 version.

For about a week now users who launched the site without a Flash plugin (or with Flash blocked) were greeted with a link to an HTML5 beta site. Ookla, LLC the company behind Speedtest.net, appears to be looking into doing away with the rapidly aging platform that is Flash in lieu of the far more lightweight all-in-browser path.

Although it doesn’t have the glitzy look of the Flash test (no map to choose locations from) the simple no-nonsense design of the HTML5 test is more than sufficient to meet the needs to giving a well and proper Internet speed test.

The slow doom of Flash

Flash has been on a long road to doom as it has been a bloated, overlarge app platform that runs in browsers and has a long history of security exploits and poor performance. Earlier this year, Mozilla Corporation began blocking Flash in its Firefox browser (a block since relinquished) because of security issues discovered by controversial Italian firm Hacking Team. And that’s only the most recent nail in the coffin for the aging app platform.

A multitude of Internet services have been slowly moving away from Flash towards HTML5 including Internet video game streaming service Twitch.tv and Google’s YouTube. Adobe Systems itself, the company that developed and upkeeps Flash, told developers in an announcement that it seeks to “encourage content creators to build with new Web standards” such as HTML5.

Speedtest.net’s closest speed test competitor, Testmy.net (TestMy Net LLC) has been using HTML5 for a long time now, but suggests that this also means that it’s perfect for checking how browsers handle throughput. So the company suggests this means that it can also accurately determine the speed difference between different browsers (e.g. IE, Firefox, Chrome, Safari, etc.).