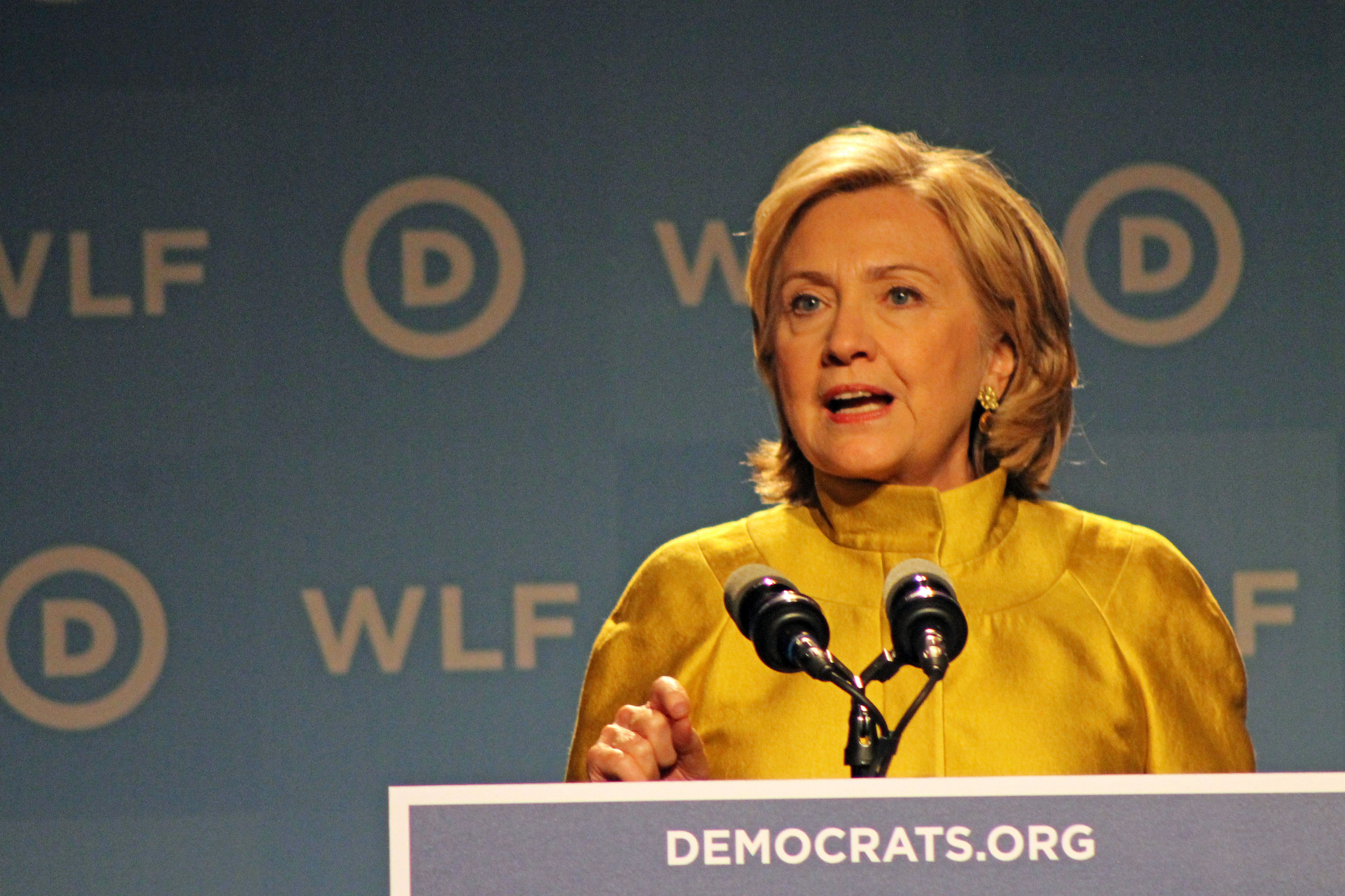 Hillary Clinton calls for a Manhattan Project on encryption, doesn’t understand what a backdoor is

In one of the more bizarre examples of tech illiteracy among America’s Presidential wannabees running for a spot in the 2016 Election, Democrat candidate and former first lady Hillary Clinton has called for a “Manhattan Project” between Government (see: spying agencies) and tech firms over encryption.

The Manhattan Project, if you’re not familiar with it, was the research and development project that resulted in the first atomic weapons during World War 2.

Clinton made the call during a debate for Democratic candidates held at the weekend when she was asked that given encryption was a “terrorist tool used in the Paris attacks” would she support legislation “to give law enforcement a key to encrypted technology.”

“I would hope that, given the extraordinary capacities that the tech community has and the legitimate needs and questions from law enforcement, that there could be a Manhattan-like project, something that would bring the government and the tech communities together to see they’re not adversaries, they’ve got to be partners,” she told the audience.

On the specific question of backdoor access to encrypted systems, she then went what could be described as full-blown crazy by saying “Maybe the back door isn’t the right door, and I understand what Apple and others are saying about that,” before adding “It doesn’t do anybody any good if terrorists can move toward encrypted communication that no law enforcement agency can break into before or after.”

If this doesn’t make any sense when it’s read it’s because it simply doesn’t: the only way to access encrypted data is to break encryption.

And that means you require a back door.

It’s clear that someone involved in polling Democrat supporters, particularly in the tech community, has told Clinton that backdoors into encryption are considered to be a bad thing, hence her somewhat change of tone from previously supporting back doors to now….well, we’re not quite sure given she is clearly clueless on the matter.

Begrudgingly you have to give her a small amount of credit as she did add that “I don’t know enough about the technology to be able to say what it is, but I have a lot of confidence in our tech experts,” but then again given the importance of encryption in every single online transaction in 2015 it’s not a good look that the potential future leader of the free world does not even have the faintest idea on what she is talking about.

The idea of a Manhattan Project is even more absurd, and may actually belie that Clinton not only doesn’t understand technology, but she doesn’t even understand modern American history either.

We’d recommend readers support another candidate but likewise Clinton’s clear stupidity when it comes to the use of technology is pretty much par for the course from candidates on both sides of the political spectrum.