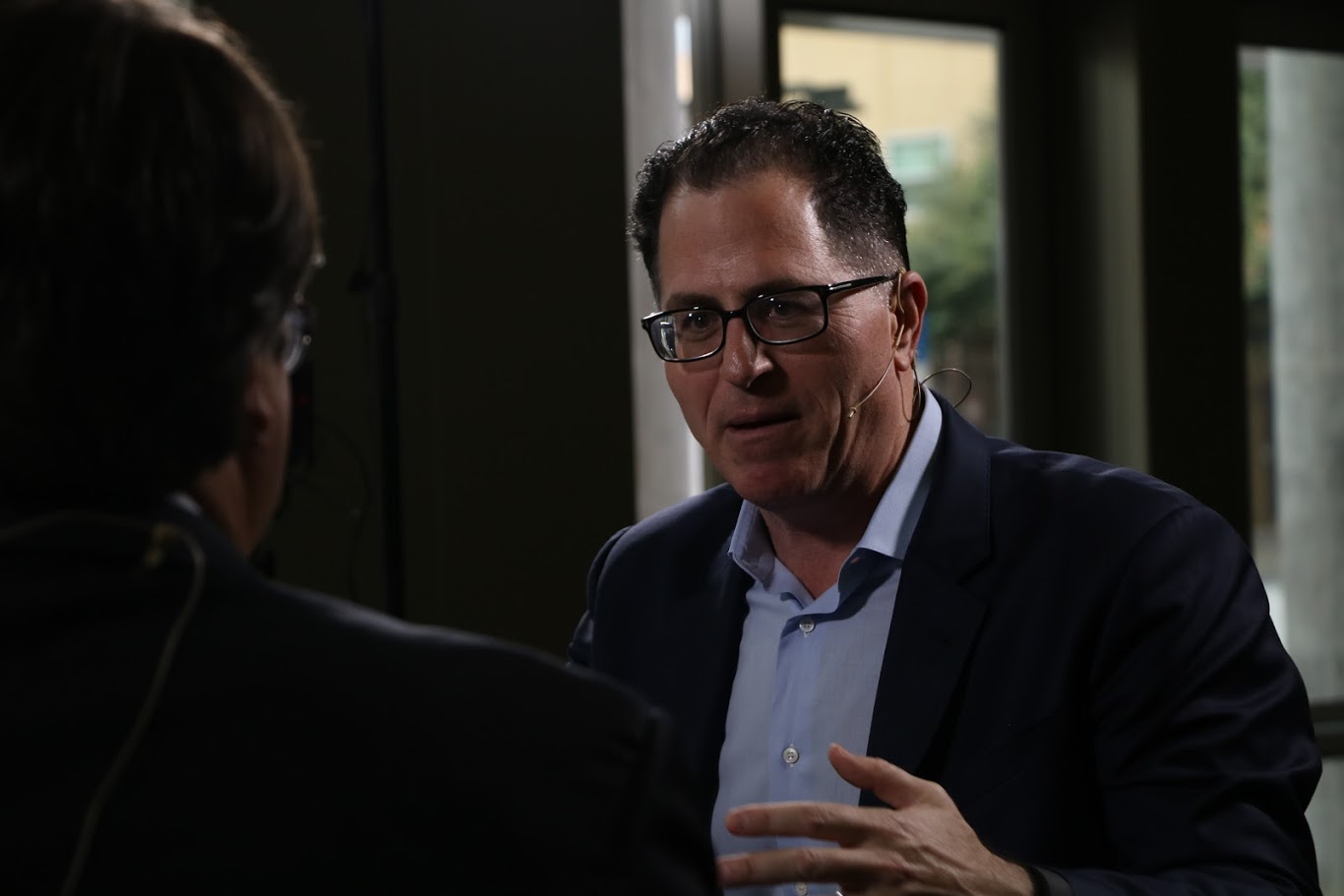 Our favorite tech interviews of 2015 | #BestoftheCUBE

As writers for SiliconANGLE, we have the privilege of hearing some of the best minds in technology speak on theCUBE, SiliconANGLE’s leading live interview show covering enterprise technology and innovation. These guests are often educational, enlightening and sometimes even funny.

We have posted theCUBE Writers’ Favorites below, which highlight some of the most memorable interviews of 2015.

Amazon Web Services, Inc. (AWS) is one of the major disrupters in the tech industry today. Andy Jassy, senior VP of AWS, joined theCUBE at Amazon re:Invent 2015  to describe the company culture and how its customer-centric focus empowers the enterprise.

Read the article and watch the video below to find out what the AWS competitive strategy is and what the future holds for the company.

There is a resource gap in the technology sector, and the future depends on younger people entering into STEM programs and computer science. Lynn Langit, a BigData and cloud architect and technical author, stopped by theCUBE at Amazon re:Invent 2015 to talk about teaching people to embrace technology. Langit holds distinctions ranging from Microsoft MVP, AWS Community Hero and Google Developer Expert. Her mission is to educate the enterprise by using her Big Data and cloud expertise, but she is also taking a personal interest in helping the next generation learn, innovate and engage in technology.

Read the article and watch the video below as Langit explained how she teaches people to move beyond the unknown and discover the science of technology.

Collaboration has been the theme for 2015. And to to talk about their partnership with AWS, Francesco Rovetta, VP of alliances and distribution at Freshdesk, Inc., and Mark Wright, director of partnerships and evangelization at Ayla Networks, joined theCUBE at Amazon re:Invent 2015. The duo discussed how they are working with AWS to bring IoT solutions to the enterprise and enable end users to connect with agents through mobile devices, email and even social media.

Read the article and watch the video below to hear about the advantages of working with AWS and the benefits for customers.

In 2015, startups were on the scene at most major industry shows. However, at BigDataNYC 2015, David Richards, founder and CEO of WANdisco plc caught up with theCUBE to talk about the big players and how startups are essentially functioning laboratories, where the intellectual knowledge is being generated and tested.

Read the article and watch the video below to see this compelling segment where Richards explained his take on the future of Big Data and where he sees the market trending.

The scope of women in the technology field is growing, and in 2015 women made up a great deal of theCUBE interviews. Wei Lin, senior director of engineering, eBusiness at Symantec Corp., joined the conversation on theCUBE during The Grace Hopper Celebration of Women in Computing conference. Lin talked about how women in senior executive positions need to mentor the next generation of women to help them succeed.

Read the article and watch the video below to learn more about Lin’s observations about the evolving role of women in computing.

When you think of game developers, you often think of young guys working out programming scenarios of car races or mortal combat. Brianna Wu, head of development for game developer Giant Spacekat, joined theCUBE during The Grace Hopper Celebration of Women in Computing conference to prove that  in 2015 there is girl power involved with gaming.

Read the article or watch the video below to hear about the future of gaming, the integration of virtual reality and augmented reality, improving interfaces, and bringing more interpersonal relations to gaming.

It really was a “Dell World” this year. The hype surrounding Dell World 2015 proved to be right when the announcement of the Dell/EMC merger hit the press. Michael Dell, founder and CEO of Dell, Inc., participated in an exclusive interview with theCUBE to talk about the future of both companies.

Read the article and watch the video below to hear how Dell went from a dorm room operation to a technology powerhouse.

This year, the impact of technology on humans and the enterprise was a main topic of conversation. Jason Silva, host of the National Geographic channel’s Brain Games, landed on theCUBE at IBM Insight 2015. Silva debated evolutionary topics ranging from cooking with fire to artificial intelligence.

Read the article and watch the video below to see an exciting look at the advances in technology that will stimulate your brain.

Many interviewers described 2015 as the year of reinvention. Leslie Berlin, project historian for the Silicon Valley Archives at Stanford University, spoke with theCUBE during Intel Innovation Day about her book The Man Behind the Microchip: Robert Noyce and the Invention of Silicon Valley. Berlin delves into the life of Noyce, known as the Thomas Edison and Henry Ford of Silicon Valley, as well as history repeating itself.

Read the article and watch the video below to learn more about the “rock star” of Silicon Valley in the 1980s and how he became the incarnation of the Silicon Valley spirit.

In 2015, IoT and Big Data led to many discussions about containers. Derek Collison, CEO at Apcera, Inc., appeared on theCUBE during OpenStack Silicon Valley 2015 to examine the lightweight nature of container technology and how OpenStack fits into the space.

Read the article and watch the video below to find out why Collison said, “It’s fun to geek out about container technology.”

Creating programs that provide the user with valuable insights was another big topic on the 2015 conference circuit. Alex Gitelzon, system administrator for Minnesota Public Radio (MPR), visited theCUBE at Splunk .conf 2015 to elaborate on how Splunk helps MPR gather analytic intelligence about its podcasts in order to target people more effectively online.

Read the article and watch the video below to learn how MPR helps people find their content by using a variety of apps to engage its audience.

Value versus values: Accenture identifies growing 'tech-clash' between consumers and companies
Watch out for robots in the wild: a report from the post-digital near future
Facebook's Syamla Bandla relies on speed and resilience in a male-dominated tech world
Do you know where your data is? The complications of data protection in the multicloud world
IBM targets storage complexity with new FlashSystem technology