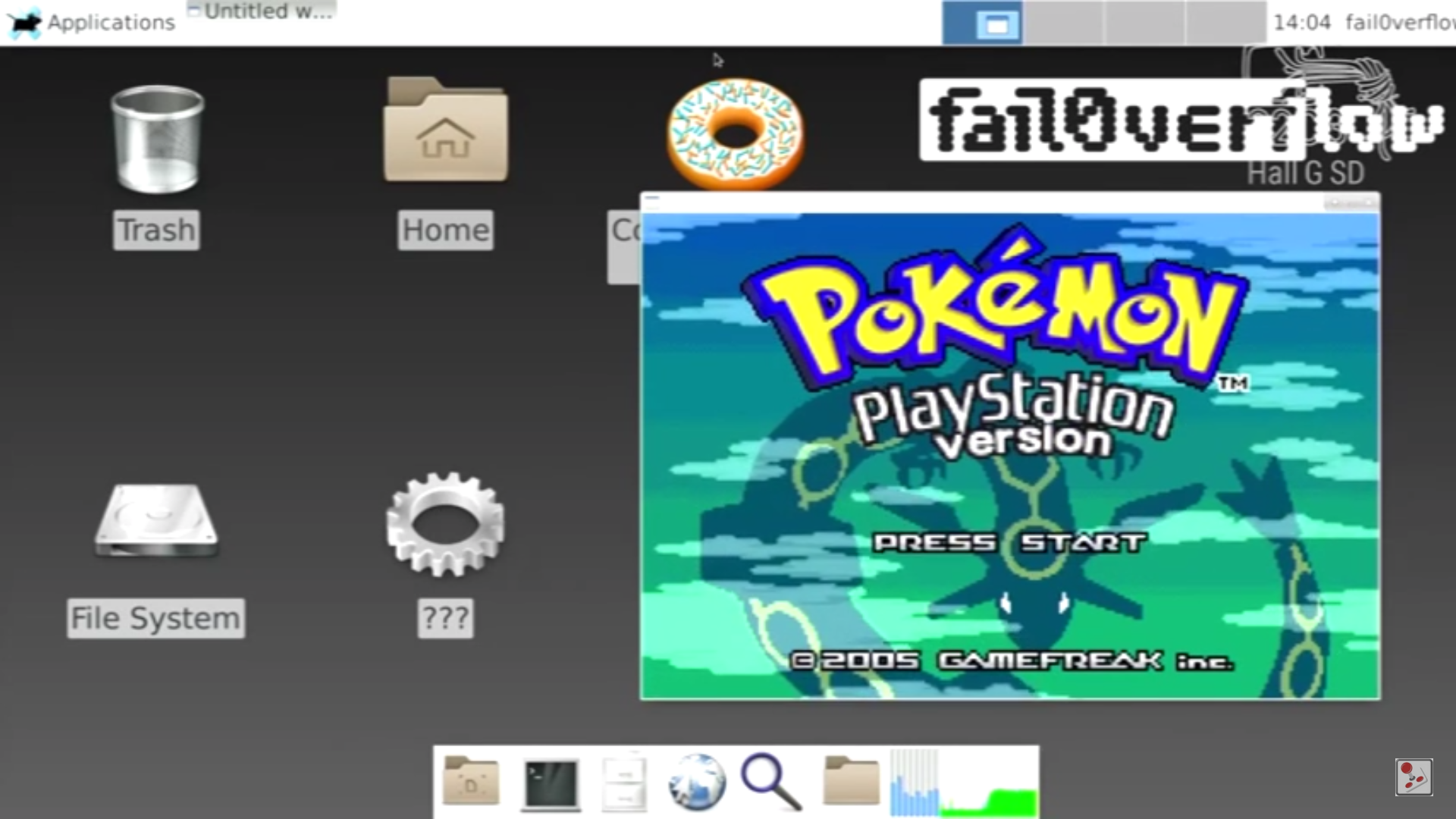 Hackers crack the PlayStation 4 to install Linux and play Pokemon

It is hard to believe that it has already been nearly six years since Sony Corp announced that it would be eliminating the OtherOS feature on PlayStation 3, which allowed users to replace the console’s operating system with another one, most commonly a distribution of Linux. At the time, Sony cited security concerns as the primary reason it would no longer allow users to install alternative operating systems, but the move angered many users, some of whom argued that the OtherOS functionality was the primary reason they purchased the console.

While the days of Linux on the PS3 are long gone, they may just be starting on the PlayStation 4, as a group of console hackers called FailOverflow have claimed that they were able to successfully crack the PS4 and install Linux (via GamesBeat).

The team demonstrated that not only was it able to get Linux running on the PS4, but it it was also use a Game Boy Advance emulator to play a modded version of Pokemon, which the FailOverflow team called “Pokemon PlayStation Version.”

This may seem like a great deal of trouble to go through just to play a 10-year-old GBA game on a $300-$400 system, but it demonstrates the level of control FailOverflow have managed to gain over the PlayStation 4 console. This has major implications for the future of the homebrew console scene, and it is likely something that Sony will not be particularly thrilled with.

After all, we have already seen Sony remove this type of functionality in the past, and the fact that console hackers were able to root around so deeply within the PlayStation 4 could pose possible security risks for the system in the future, especially from the perspective of anti-piracy programs.

In one slide during its demonstration, FailOverflow noted that to get its Linux install working, “Some Assembly Required: Bring Your Own Exploit (PS4 security is crappy enough that you don’t need us for that).”

You can watch FailOverflow’s full demonstration, including its working version of Pokemon, below: