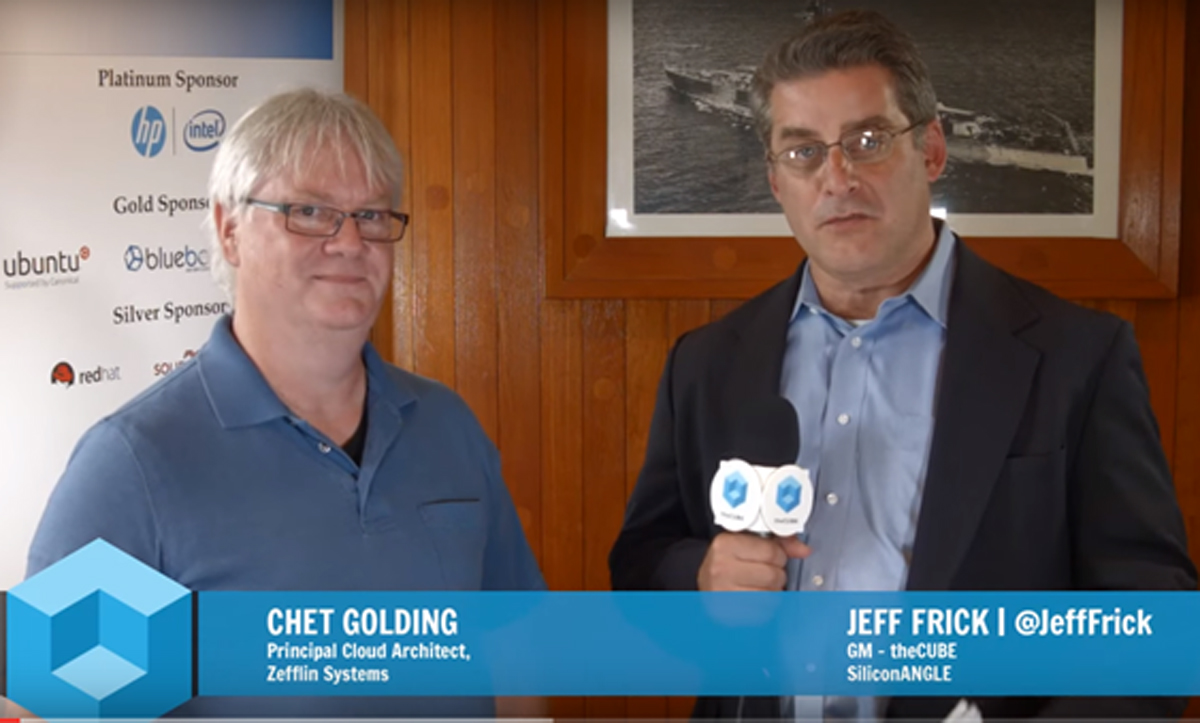 What can we learn from telcos? | #OpenStackSeattle

Zefflin Systems is a consulting practice that focuses on data center automation and cloud management solutions. Currently, Chet Golding, principal cloud architect for Zefflin Systems, is honing in on the telco industry as a new opportunity to learn from its community about best practices in the cloud.

Golding spoke with Jeff Frick, cohost of theCUBE, from the SiliconANGLE Media team, to share his experiences with the telco industry and the OpenStack ecosystem.

When asked about why containers are exciting again, Golding stated, “It’s really a desire to go beyond where we were before.” He explained how containers provide the ability to scale and run more apps. He continued, “That is the whole goal of cloud computing. We want to be able put things where we want them, have them move around, have them cost less, give us more flexibility and containers go further down that one road.”

He explained how containers provide the ability to scale and run more apps. “That is the whole goal of cloud computing,” he said. “We want to be able put things where we want them, have them move around, have them cost less, give us more flexibility and containers go further down that one road.”

Noting that he has been part of OpenStack’s first telco event track, Golding explained how he is more interested in this community and the people themselves than he is with technology. As he put it, “The telco industry has been around for a long time and has dealt with this border-crossing concept. Another component [of his interest] is that our telcos are becoming cloud companies. Telcos are working on platforms and standards around the globe.”

According to Golding, industry challenges will be the current generation. He feels the five-year-old with the wide-eyed enthusiasm will be the driver. Today’s adults are cynical, but when you get down to the five-year-old, he has always believed that anything is possible because they don’t know any better. “The hurdle is for us to believe they are right,” he said.

Watch the full interview below, and be sure to check out more of SiliconANGLE and theCUBE’s coverage of the OpenStack Day Seattle.