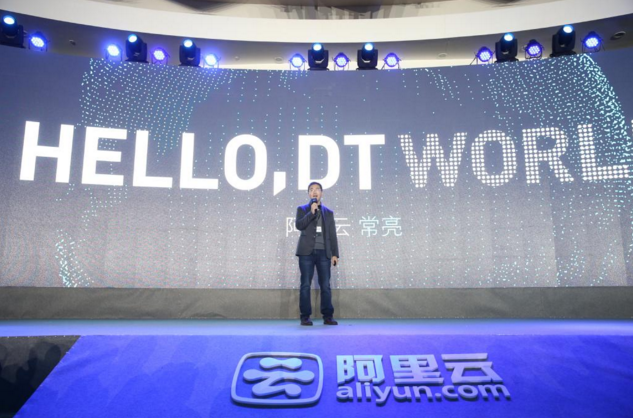 China’s Alibaba Group Holding Limited is stepping up its efforts to take on Amazon Web Services and Microsoft Azure in the cloud with a new multi-billion dollar partnership with Nvidia Corp. that will see the chipmaker’s silicon power its new Big Data and deep learning systems.

The plan, reported by the South China Morning Post, will see Alibaba’s AliCloud adopt Nvidia’s chips to run the new services, which will be offered from all of its data centers, including those located in the U.S.

“The Big Data Platform fulfills our vision of sharing our vast data troves that will create immense value to our users,” Simon Hu, AliCloud’s president, said to reporters. “What we want to do at Alibaba is turn the data-processing capacity and data-security capabilities that we’ve accumulated over the last decade into a product, so that data becomes a resource and a service that we can provide our clients.”

Compared to AWS and Microsoft Azure, AliCloud is still something of a runt, but it’s clear that Hu is looking to change that. He announced plans to hire more than 1,000 new data engineers to help get the new services up and running.

It’s those same GPU chips that Nvidia will now provide to AliCloud, in order to accelerate its new computing services.

While AWS and Microsoft are unlikely to be too concerned just yet, they will surely start keeping tabs on AliCloud and other Chinese players that might be eyeing up their markets, if they aren’t doing so already.

One problem for AliCloud is that it’s entering the cloud market at a time when competition is intenser than ever, with both AWS and Microsoft recently announcing big price cuts on a variety of their cloud computing services. AliCloud might have gained an edge with its deep learning capabilities, but the smart money says that the competition will likely make its own moves in this area before too long.