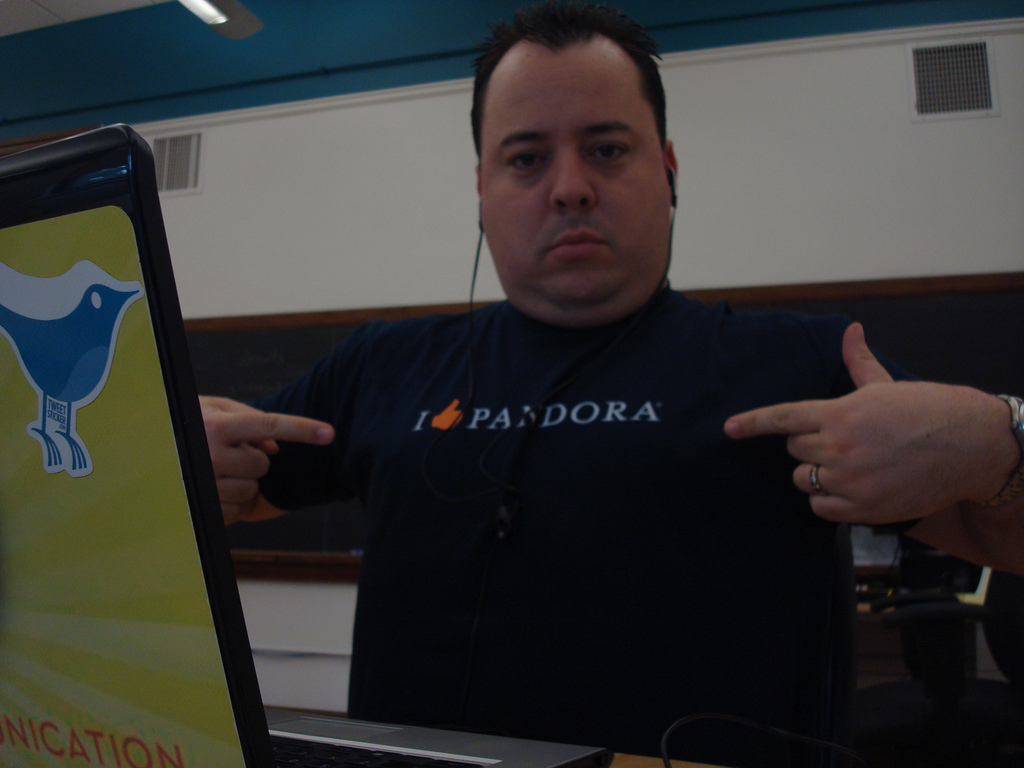 Internet radio company Pandora Media, Inc. is attempting to sell itself, at least according to one report Thursday.

The New York Times claims that Pandora has hired Morgan Stanley to meet with potential buyers and that talks so far have been preliminary and may not lead to a deal.

For its part, Pandora Chief Executive Officer Brian McAndrews has neither confirmed nor denied the report, saying instead that the company wasn’t commenting on what he referred to as rumor and speculation. “We are very confident in our ability to continue to drive significant value for our shareholders,” he said. “We are focused on working as an independent company.”

According to Variety McAndrew’s specifically discussed plans for the company in the year ahead, in particular their plan to build their own subscription music service based on the technology it obtained from its acquisition of Rdio, Inc. last year, and its move into ticketing and live events through its acquisition of Ticketfly, Inc.

The report comes on the same day as Pandora delivered its fourth quarter financials, which beat analysts expectations coming in at $336 million, up 25 percent compared to the same quarter of 2014, and ahead of predictions of $328 million.

The number of active listeners decreased during Q4 and now stands at 81.1 million, down 400,000 from a year ago.

For the first quarter, Pandora is predicting revenue in a range of $280 million to $290 million, with a full year projection of $1.4 billion to $1.42 billion.

The odd thing about the report, presuming it’s true, is why is Pandora trying to sell itself now?

As The New York Times rightly points out the company is way down from its peak two years ago when it had a market cap of $7 billion (today it’s $1.8 billion) and the stock is down 60 percent alone since October.

Pandora’s competitive environment has become harder over the last 12 months, particularly with Apple’s move into the broader online music space with Apple Music, but likewise, Pandora remains the most popular music service in the United States, be it that it lost that title globally to Spotify AG in December.

One of Pandora’s other flaws, at least in growth potential going forward, is that it lacks a truly global footprint and is currently only available in the United States, Australia, and New Zealand, so perhaps a potential buyer could succeed in taking the service global whereas the current management team has not? Names of potential buyers already being mentioned are Amazon, Hulu, and even Yahoo.

The report that it may be looking for a buyer drove Pandora’s share price up 8.45 percent in regular trading to $9.11 per share, but the cooler forward projections from the Q4 financials saw the stock drop 5.93 percent to $8.57 in after-hours trading.