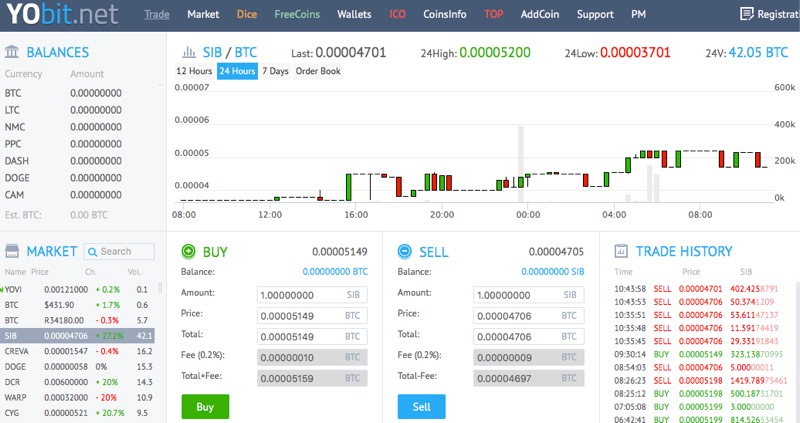 Russian Bitcoin and altcoin exchange YObit.net is facing some difficulties with users reporting that they are having problems withdrawing funds from the site and obtaining support services.

Founded in January 2015, YObit.net differentiates itself by offering an extremely wide range of altcoins and allows altcoin makers to list their altcoins on the site, seemingly unchecked, with the ability for those altcoins to be featured on the site for a small listing payment.

The site also offers gambling services, including a lottery and online DICE game, along with an affiliate program for signing up new users, something not commonly seen with cryptocurrency exchanges.

A thread on the Bitcointalk.org forum titled “is yobit.net a scam” includes comments from a number of users saying they have had problems withdrawing funds from the site, although there is no confirmation at this stage that they didn’t eventually receive the funds, only that they were delayed.

Another user in the same thread also argues that the site is a scam due to their listing of ” fake altcoins under newbie accounts” that results in them making a profit/stealing from initial coin offerings.

Altcoin developers are also complaining about a lack of support and issues in a separate thread, with some saying that they have had no response from the site for days after paying to have their altcoins listed on the site.

Something is definitely going on at YObit.net, although what exactly isn’t clear at this point.

There’s no suggestion at this stage that it is an outright scam, or that we’re going to see yet another Mt. Gox, although their support for hundreds of unknown, new altcoins is itself a concern, given many of those unproven and unchecked coins may be scams themselves.

We did some digging into the site and our best guest would be that the problems appear to be one, or a combination of two things: growing pains and/or poor customer service.

A thread on the review site Trustpilot lists two users in 2015 complaining that support is extremely poor, and with one that users who asked pertinent questions were actually banned from the support forum altogether.

Our advice with the site, as it is with all small exchanges, is to tread carefully: don’t risk large sums of Bitcoin with them and only trade what you can afford to lose.