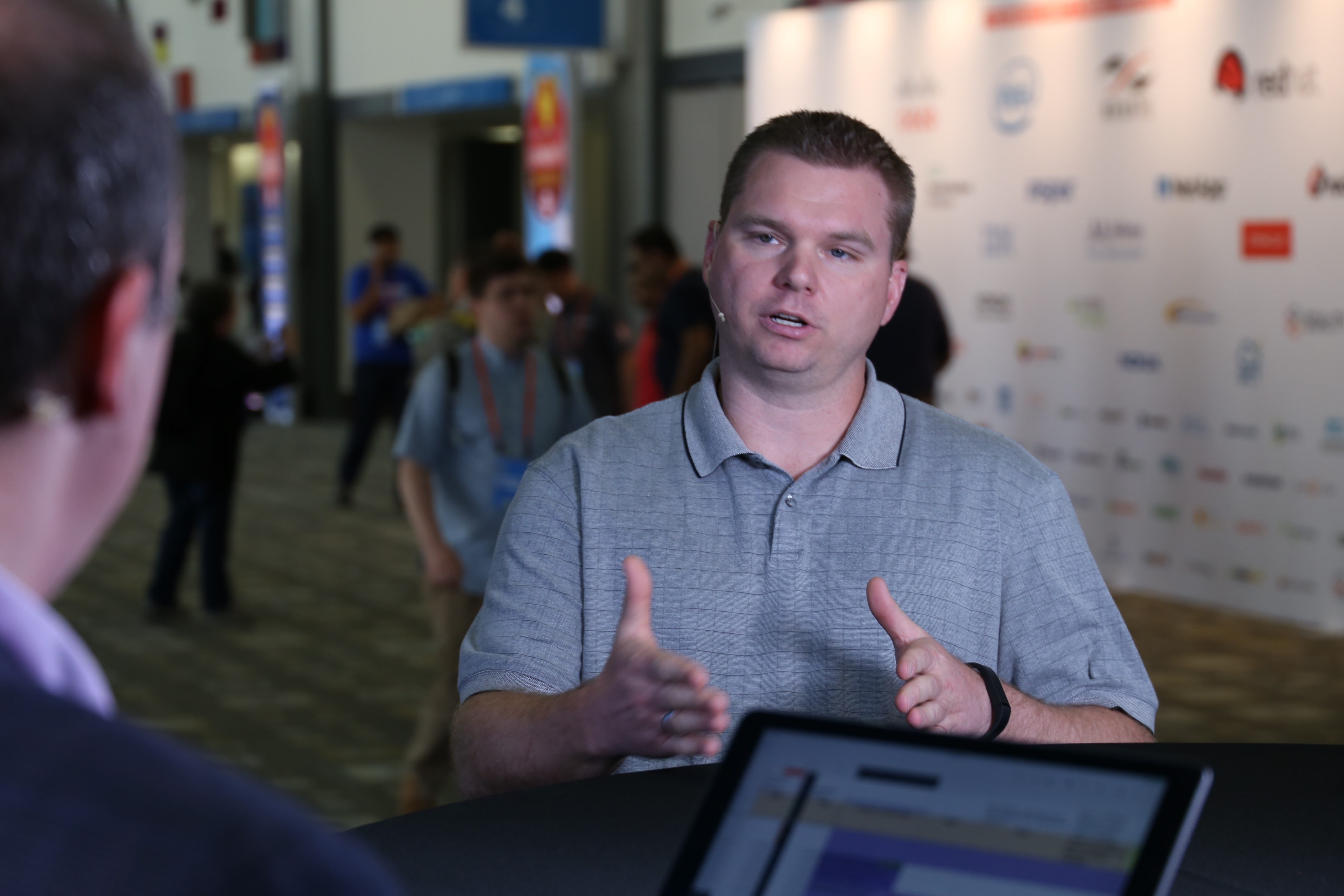 At the 2016 OpenStack Summit taking place in Austin, TX, enterprise representatives from diverse backgrounds are meeting to share their goals and innovations, but it’s also a place for companies with established connections to demonstrate some of the fruits of their collaborations.

Chris Emmons, ‎director of network infrastructure planning at Verizon, and Kyle Forster, founder of Big Switch Networks, Inc., met with Stu Miniman (@stu), cohost of theCUBE, from the SiliconANGLE Media team, to talk about the work of their partnership to upgrade Verizon’s infrastructure and the challenges met along the way.

Network Functions Virtualization (NFV) was a big part of the discussion, as it helps to meet the needs of Verizon’s networks by managing stressloads and optimizing handling. As routing capacity has to be able to handle surges and regular heavy loads, these aspects are nothing to skimp on, and as Emmons pointed out, “Verizon’s been involved in NFV since its inception.”

Forster laid out the timeline of progress for the two companies as they worked to implement the upgrade, covering a nine-month period (with groundwork prior to that) “from first conversation to full production.” While Big Switch Networks had to partner with additional companies in order to reach the needed speeds, this was not an unwelcome move to them. As an example of the help from this move, it avoided going full whitebox initially, instead using similar functionality provided by Dell, with the security of Dell’s support in those early stages.

The big step up

Forster also described Verizon’s aim of using only the best, explaining, “It’s absolutely critical for us to work with the ones who are leaders in the industry. … This, to me, is what success looks like.”

Emmons was similarly positive, saying, “To speak to the people part, it really has been … a good challenge, because we’re changing, fundamentally, the way we run our telco networks. … When you’re changing a big organization with a pretty significant technology change like this, it’s challenging, but we’re working through it.”

Emmons also outlined some of the results Verizon anticipated from the upgrade, such as reductions in Capex and Opex costs, but noted, “The thing maybe we’re most excited about, making our network programmable, will allow us to launch things faster, quicker time to market, faster reaction to demands on the network.”

Watch the full interview below, and be sure to check out more of SiliconANGLE and theCUBE’s coverage of OpenStack Summit — Austin. And make sure to weigh in during theCUBE’s live coverage at the event by joining in on CrowdChat.