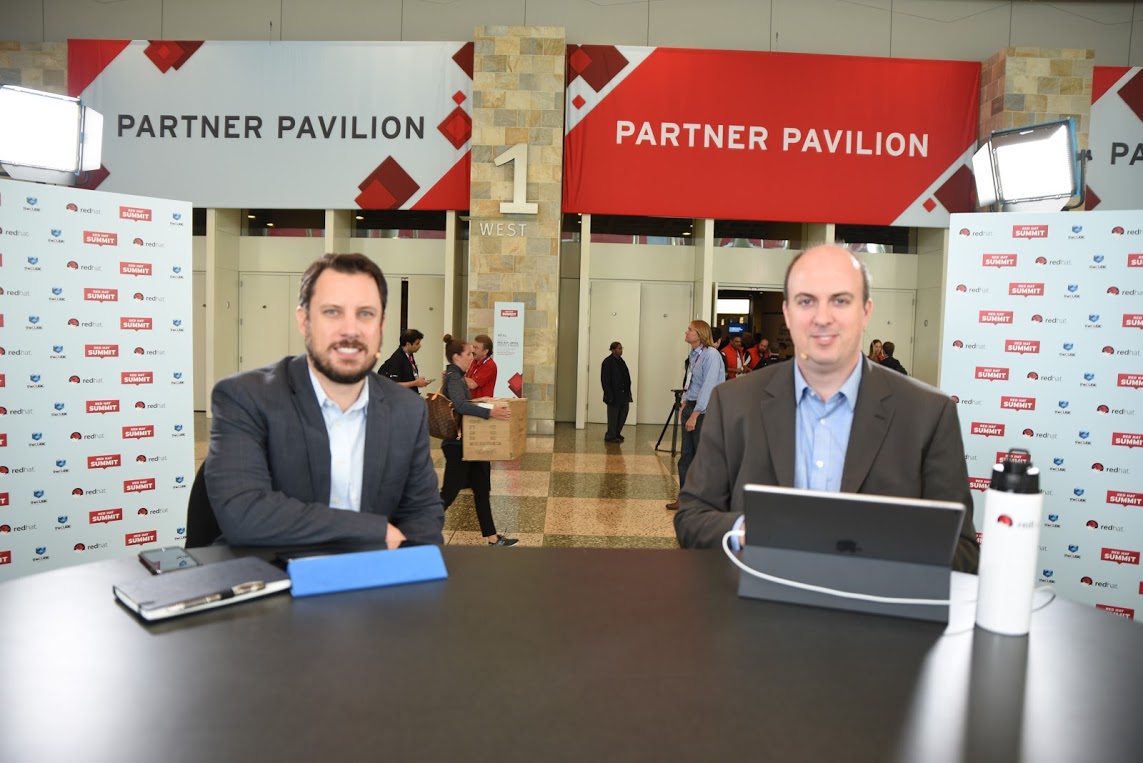 The darling of the open-source movement | #RHSummit

As theCUBE wrapped up day one of three days of wall-to-wall coverage at Red Hat Summit, being held at the Moscone N & W in San Francisco, Stu Miniman (@stu) and Brian Gracely (@bgracely), cohosts of theCUBE, from the SiliconANGLE Media team, discussed the takeaways from today’s events, how Red Hat, Inc. was positioned in the industry, and what they were expecting to see over the next two days of the conference.

Open source from day one

Red Hat is a strictly open-source software company. Its involvement in the community, from developers to customers to acquisitions and everything in between is what makes the company such an integral part of the open-source movement.

Building on the shoulders of giants

It also partners with existing high-end tech companies, such as Microsoft, Intel and Docker, and integrate the best parts of these companies into their own. It refers to this concept as “building on the shoulders of giants.” All of these things combine to make Red Hat the darling company of the open-source movement.

“They know how to make money, customers love them, and they’re contributing in huge ways to open source,” said Gracely. “I feel like the future is very bright for what they’re doing.”

Watch the full interview below, and be sure to check out more of SiliconANGLE and theCUBE’s coverage of the Red Hat Summit.