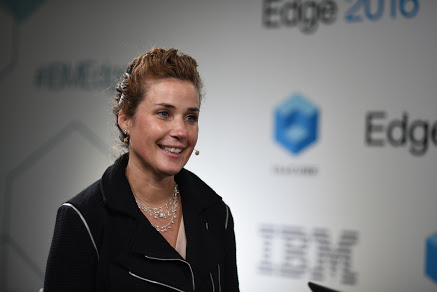 The end of Moore’s Law and the expansion of Linux; what do these mean to IBM? | #IBMEdge

As many organizations are finding out, open-source computing is a game-changer. Many businesses now rely on open-source tools to lower costs, increase flexibility and freedom, and enhance security and accountability.

Stefanie Chiras, VP of IBM Power Systems Offering Management, Systems of Engagement, at IBM, joined Stu Miniman (@stu) and Dave Vellante (@dvellante), cohosts of theCUBE, from the SiliconANGLE Media team, during IBM Edge, held at the MGM Grand in Las Vegas, NV, to discuss the changing landscape around open source, the end of Moore’s Law, and how the cloud drives innovation for clients.

Open-source computing is a game-changer

“How Linux is being used by clients has changed dramatically… [in the 25 years since inception] it’s grown up from being a hobbyist’s sport … to running corporations,” Chiras pointed out.

She went on to comment that it’s becoming about the power of the open-source community to pull together, driving innovation in all aspects of technology, including the launch of IBM’s Power8 servers, which feature a renewed focus on Linux for data center workloads.

The end of Moore’s Law

As was pointed out by Vellante, we’ve come to the end of Moore’s Law, where innovation is no longer being driven by hardware, and he inquired as to where IBM is finding innovation now.

“[The] processor level; it’s all about return on investment for performance; it’s not happening at the same rate … based on shrinking your gates alone, every 18 months,” Chiras explained. “The laws of physics fundamentally will prevent it. Once Moore’s Law meets the law of physics, physics will win.”

Chiras went on to say IBM innovation is now about expanding past the processor and silicon level and more about pulling in things like accelerator technology. “[While] the architecture is important, it’s about the system and the system stack … [from the processor level] all the way up to the software that’s going to bring client value,” she said.

“The benefit of the cloud is that it provides simple access to infrastructure [that clients] may not be willing to pull in on-prem,” said Chiras.

She went on to state, “I think cloud brings a new access point … to access new and emerging technology. … I’m very excited about open [source]. … The ability of everyone to participate, has created a much more rapid innovation cycle than we’ve ever seen before.”

Watch the complete video interview below, and be sure to check out more of SiliconANGLE and theCUBE’s coverage of IBM Edge 2016.