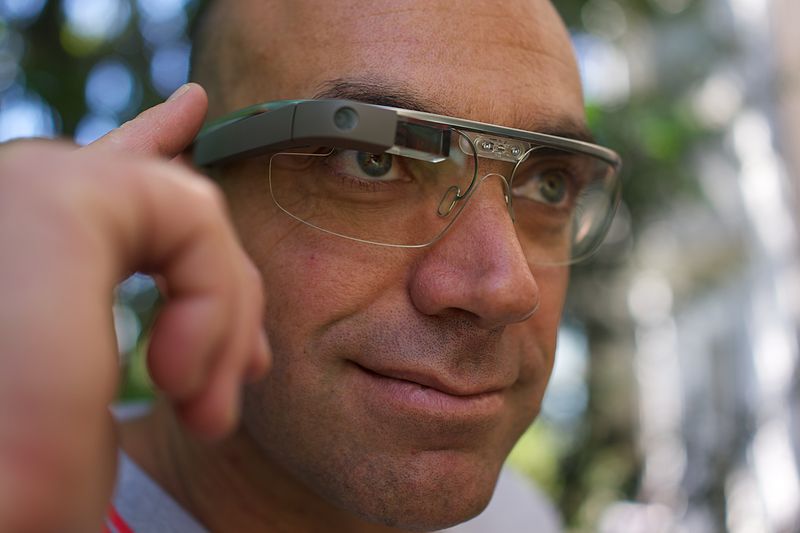 Apple Inc. could be the next company to field an augmented reality device, according to one report Monday.

Bloomberg claims that the tech giant is weighing an expansion into digital glasses. Although Apple is said to be still in an exploration phase, the device might connect wirelessly to iPhones, show images and other information in the wearer’s field of vision, and may use augmented reality.

The yet-unnamed project is said to have involved the company talking to potential suppliers and an order for “small quantities” of near-eye displays from one supplier for testing, suggesting Apple is not yet even remotely close to bringing a product to market.

The report claims that at the very earliest, any potential new glasses-cum-augmented reality headset won’t arrive until 2018, Apple does have the expertise in-house to build it. It has acquired companies since 2013 ranging from PrimeSense, which specializes in 3D tracking, to the augmented reality company Metaio to Flyby, a company described as “making tech that sees the world around you.”

While the obvious joke here is to suggest that when Apple releases its AR glasses it won’t be able to connect directly to the new Macbook Pro like almost every other device Apple has brought to market, there is a serious question as to whether an AR or similar type of device would be a good fit for Apple or not.

Augmented reality is a difficult space, best represented by the now-failed attempt by Google to commercialize its Google Glass devices, an effort canceled in January 2015.

This isn’t the first time that Apple has shown an interest in the technology. It received a patent for a “Video Telephonic Headset” in 2012, along with another patent for “Display Resolution Increase with Mechanical Actuation” which was described at the time as a Google “glasses-like display meant to deliver a Retina Display to its wearer with a tiny battery.”

At the time, it was believed that Apple would develop a Glass-like product focused on professionals. But the news that Apple is working on an AR headset in 2016 suggests it might finally be considering bringing a consumer headset to market instead.