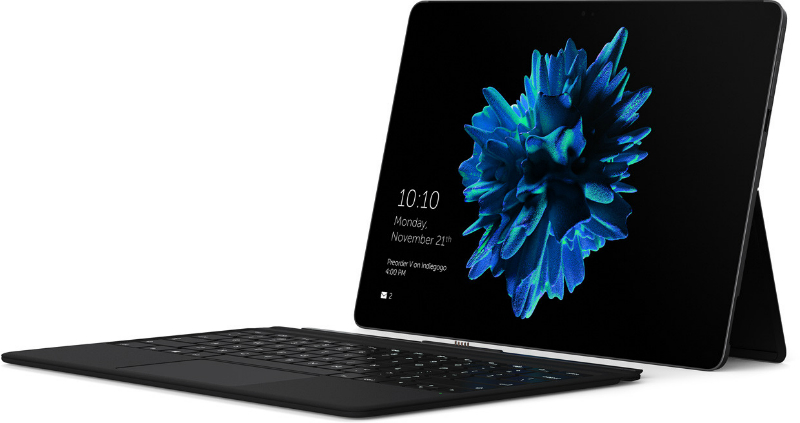 Eve-Tech, a Finland-based startup, is taking on the Microsoft Surface Pro with its Eve V 2-in-1 Windows-powered laptop. Backed by Intel Corp., Microsoft Corp. and the Finnish government, Eve-Tech is currently raising funds for the device on Indiegogo Inc.

More and more manufacturers are designing 2-in-1 laptops to take on the ever-popular Microsoft Surface Pro, which Microsoft intended to spur new personal computer designs. But what makes the Eve V stand out from its competitors is that it has been developed with help and support from the crowd. Over 1,000 people from the eve.community collaborated online to determine the hardware specifications for the Eve V.

After launching the Indiegogo campaign a few days ago, the Eve V smashed its initial goal of $75,000 in just four minutes. Since then it has become the fastest European campaign to reach $100,000. At the time of writing, the Eve V campaign had raised $926,516 or 1,235 percent of its initial goal.

Thanks to funding from Intel, the Eve V is finished and functional, the company told Business Insider, which noted that Microsoft Chief Executive Satya Nadella had taken an interest in after reading about it. Funding raised during the campaign will cover manufacturing costs and handle preorders.

In addition to impressive hardware specifications and design, the Eve V also comes with what coul be an appealing price tag. The Eve V is the company’s second piece of Windows hardware. In early 2015, the company introduced the budget-friendly T1, an 8-inch Windows 8.1 tablet.

Here’s a look at how the Eve V stacks up against the Surface Pro 4 and ASUS Transformer 3 Pro, which was launched in May.

The Eve V has a 12.3-inch indium gallium zinc oxide LCD display with scratch- and drop-resistant Corning Gorilla Glass. Its display resolution of 2,736 x 1,824 puts it on par with the Surface Pro 4, but slightly below the Transformer Pro 3.

The Eve V is both slim, measuring just 0.89cm and lightweight, weighing less than 1 kilogram. It comes with a Pogo-pin keyboard, which also has wireless capabilities with the ability to connect up to three devices via Bluetooth 4.2.

The V Pen, sold at an additional cost, is Windows Ink-certified and has 1,024 pressure levels, putting it on par with both the Surface and ASUS Pens.

Both the Surface Pro and Transformer Pro 3 come with dual speakers. The Eve V, on the other hand, comes with quad speakers as well as a dedicated amplifier on the headphone jack.

The Eve V also comes with a variety of ports, including two full-sized USB 3.1 Gen 1, a USB 3.1 Gen 1 USB-C, and Thunderbolt 3 ports capable of transfer speeds of up to 40GB per second.

Check out the design and display of the Eve V in the video below.

The Eve V packs in an Intel 7th gen Core i7 processor, m3 and i5 processors also available, up to 16GB of RAM and up to 512GB of storage. Eve-Tech guarantees a battery life of 12 hours.

The Eve V comes with either Windows 10 Home or Pro and is free of bloatware.

The top-of-the-range Eve V, with 7th gen Core i7 processor, 16GB of RAM and 512GB of storage will cost $1,399. The Eve V also comes in a Core m3 and i5 option, with the lower specced models starting at $699. The V Pen is available for $39. The premium Eve V is priced well below both the Surface Pro 4 and the Transformer 3 Pro.